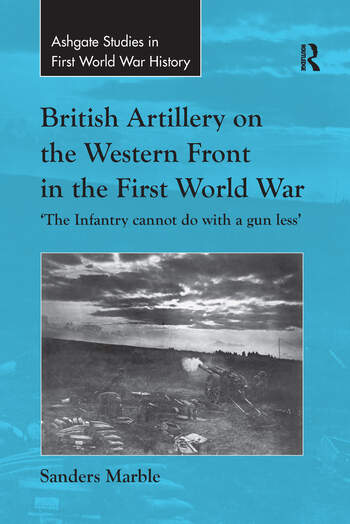 British Artillery on the Western Front in the First World War: 'The Infantry cannot do with a gun less'

In the popular imagination, the battle fields of the Western Front were dominated by the machine gun. Yet soldiers at the time were clear that artillery - not machine guns - dictated the nature, tactics and strategy of the conflict. Only in the last months of the war when the Allies had amassed sufficient numbers of artillery and learned how to use it in an integrated and coherent manner was the stalemate broken and war ended. In this lucid and prize-winning study, the steady development of artillery, and the growing realisation of its primacy within the British Expeditionary Force is charted and analysed. Through an examination of British and Dominion forces operating on the Western Front, the book looks at how tactical and operational changes affected the overall strategy. Chapters cover the role of artillery in supporting infantry attacks, counter-battery work, artillery in defence, training and command and staff arrangements. In line with the 'learning curve' thesis, the work concludes that despite many setbacks and missed opportunities, by 1918 the Royal Artillery had developed effective and coordinated tactics to overcome the defensive advantages of trench warfare that had mired the Western Front in bloody stalemate for the previous three years.

Contents: Preface; Introduction; The legacy of the Boer War; 1914: the test of battle; 1915: new ideas and material scarcity; 1916: the materielschlacht begins; 1917: an apogee of destruction; 1918: power and finesse; Conclusion; Appendix; Bibliography; Index.

Sanders Marble received his A.B. at the College of William & Mary in Williamsburg, Virginia and MA and PhD from King’s College, University of London. He works for the U.S. Army Medical Department. His research interests are WWI, military technology, and military medicine, and he has written and edited a variety of books, chapters, and articles on various aspects.

'... examines one of the more challenging adaptation processes, namely the British mastery of artillery fire on the Western Front and its contribution to Germany’s defeat in 1918. In this undertaking Marble has written an impressive book that deserves space on the shelves of serving soldiers as well as all serious scholars of the Great War... It is a fine achievement.' Journal of Military History '... a very accurate and informative book-length treatment of the Royal Artillery...' Michigan War Studies Review 'This book is an essential addition to the library of any person studying the BEF and its methods during the Great War.' Journal of the Society for Army Historical Research

British Artillery on the Western Front in the First World War: 'The Infantry cannot do with a gun less'