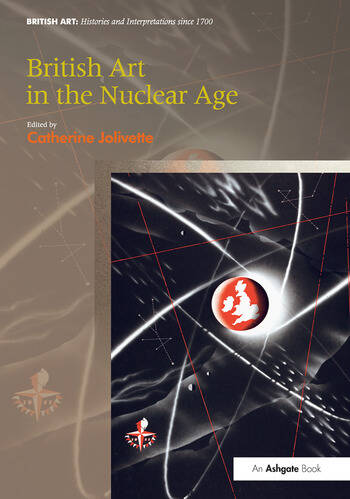 British Art in the Nuclear Age

Rooted in the study of objects, British Art in the Nuclear Age addresses the role of art and visual culture in discourses surrounding nuclear science and technology, atomic power, and nuclear warfare in Cold War Britain. Examining both the fears and hopes for the future that attended the advances of the nuclear age, nine original essays explore the contributions of British-born and émigré artists in the areas of sculpture, textile and applied design, painting, drawing, photo-journalism, and exhibition display. Artists discussed include: Francis Bacon, John Bratby, Lynn Chadwick, Prunella Clough, Naum Gabo, Barbara Hepworth, Peter Lanyon, Henry Moore, Eduardo Paolozzi, Peter Laszlo Peri, Isabel Rawsthorne, Alan Reynolds, Colin Self, Graham Sutherland, Feliks Topolski and John Tunnard. Also under discussion is new archival material from Picture Post magazine, and the Festival of Britain. Far from insular in its concerns, this volume draws upon cross-cultural dialogues between British and European artists and the relationship between Britain and America to engage with an interdisciplinary art history that will also prove useful to students and researchers in a variety of fields including modern European history, political science, the history of design, anthropology, and media studies.

’A wonderfully diverse and wide-ranging book that significantly increases our understanding of the complex role of art, artists, imagery and popular culture in the nuclear age.’ - Jonathan Hogg, University of Liverpool, UK

'I was deeply impressed by this book which opens up vivid and sometimes unsuspected contextual avenues of analysis for British post war art and culture. Where it is truly novel is in the real grasp on the materialities of the warfare state in their formative impact on pictorial and sculptural developments.' - David Alan Mellor, University of Sussex, UK

'As a cross-disciplinary case study, the essay is a testament to the way one field can shed light upon another, perhaps most importantly by helping it to frame critical questions - in this case, the urgent questions about civilisation's hopes and fears that permeated the nuclear age and that this book, generally speaking, does not shy from.' - Burlington Magazine

'Jolivette has succeeded in creating a new subsection of ‘nuclear art history’, collecting in nine chapters voices and narratives unheard and uncomfortable. These are important discussions also today, and the book reminds us of what artists can bring to conversations and decisions about science.' - Camilla Mork Rostvik, University of Manchester, The British Journal for the History of Science

'The close relationship between scientific advances and cultural expression in the post-war period is a particularly strong focus throughout the essays in British Art in the Nuclear Age, and is nowhere more effectively demonstrated than in Catherine Jolivette’s essay on the ways in which representations of atomic power at the Festival of Britain helped to forge an image of scientifi c advancement as a constituent part of what was being proffered by the Festival organizers as Britain’s "national image".' - Art History

British Art in the Nuclear Age