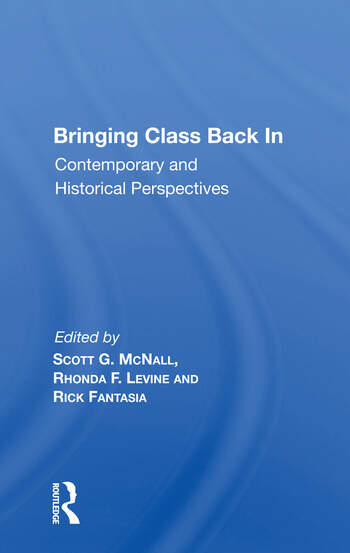 Bringing Class Back In: Contemporary And Historical Perspectives

In recent years, a flurry of "poststructuralist," "post-Marxist," and "statecentered" approaches have emerged in historical and sociological scholarship. Far from ignoring these developments, the study of class has shaped and been shaped by them. As the selections in this volume indicate, class analysis changes and develops, while sustaining itself as a powerful, refined working tool in helping scholars understand the complexities of social and historical processes. This volume provides a cross-section of the rich body of social theory and empirical research being produced by scholars employing class analysis. It demonstrates the variety, vibrancy, and continuing value of class analysis in historical and sociological scholarship. The work of promising young scholars is combined with contributions from well-established figures to produce a volume that addresses continuing debates over the relationship between structure and agency, the centrality of class relations, and the dynamics of class formation, class culture, and class consciousness.

Preface -- Introduction -- Class Structure -- The Conceptual Status of Class Structure in Class Analysis -- Making Class: The Middle Class(es) in Social Theory and Social Structure -- The Role of Capitalist Class Relations in the Restructuring of Medicine -- Class Analysis and Studies of the U.S. Working Class: Theoretical, Conceptual, and Methodological Issues -- Class Formation -- Fraternal Orders and Working-Class Formation in Nineteenth-Century Kansas -- Rural Industrialization: The Shaping of “Class” Relations in Rural Bangladesh -- The Organization of the Corporate Class Segment of the U.S. Capitalist Class at the Turn of This Century -- Class Power, Conflict, and Struggle -- The Class Basis of the State and the Origins of Welfare Policy in Britain, Sweden, and Germany -- Three Cities, Three Socialisms: Class Relationships in Belgian Working-Class Communities, 1870–1914 -- The Politics of the Western Federation of Miners and the United Mine Workers of America: Uneven Development, Industry Structure, and Class Struggle -- The Irish Land War: Peasants, Politics, and Parliament -- Culture, Ideology, and Consciousness -- Bringing Materialism Back In: Art in the Houses of the Working and Middle Classes -- Talkin’ Class: Discourse, Ideology, and Their Roles in Class Conflict -- The Gender-Specific Class Consciousness of Appalachian Coal Miners: Structure and Change -- Painting Socialism: Working-Class Formation in Hungary and Poland 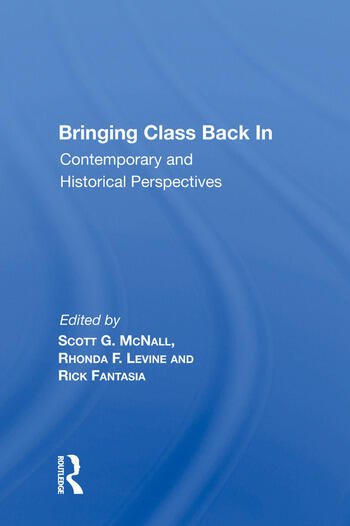 Bringing Class Back In: Contemporary and Historical Perspectives