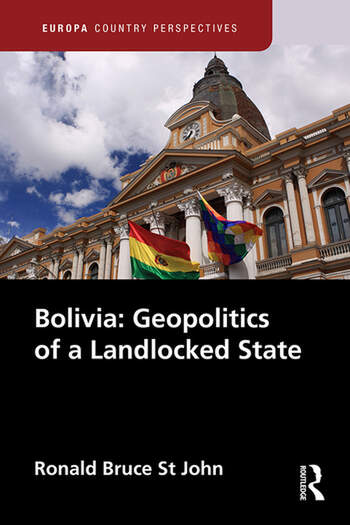 Bolivia: Geopolitics of a Landlocked State

Bolivia: Geopolitics of a Landlocked State goes beyond the traditional focus on inter-American relations, territorial issues and the maritime question to provide the first comprehensive study of Bolivian foreign policy from independence to the present day. It aims to redress the balance between the often overstated importance of external determinants – actors and forces outside Bolivia which have influenced the foreign policy process – and the understated impact of internal determinants, similar actors and forces within Bolivia.

Drawing on 50 years of research and study, the author focuses on the five interrelated goals of sovereignty, national security, territorial integrity, continental solidarity and economic independence, which have characterized Bolivian foreign policy from the outset. In so doing, the negative impact which poor governance, weak state capacity and a fixation on the seaport issue had on the achievement of those five goals is centre stage in the discussion. In acknowledging the geopolitical ramifications of being landlocked, the singular nature of Bolivia’s approach to the problem also is detailed.

An examination of foreign policy today can no longer be confined to intergovernmental relations; instead, it must consider the full range of internal and external forces which have influenced its scope and direction. In addition to bilateral relations, boundary disputes and the seaport issue, this volume explores the impact of foreign capital and multinational companies, together with the effects of domestic entrepreneurs, political parties, labour unions and social movements. It also assesses the overlap or linkage between domestic and foreign variables when the two combined to influence Bolivian foreign policy.

first conducted research in Bolivia in 1968 under the auspices of a Shell Foundation grant for research in developing countries. Since that time, he has published 24 monographs and contributed to 27 others with a threefold focus on Andean America, North Africa and the Middle East, and Southeast Asia. Recent publications include Libya: Continuity and change (Routledge 2015), Toledo’s Peru: Vision and Reality (University Press of Florida 2010), and Revolution, Reform and Regionalism in Southeast Asia: Cambodia, Laos and Vietnam (Routledge 2006). Dr St John has served as a consultant for a variety of Fortune 500 companies, US government agencies, BBC World Service, CNN News, New York Times, and Washington Post, among others. He currently resides in Albuquerque, New Mexico, USA.

Bolivia: Geopolitics of a Landlocked State