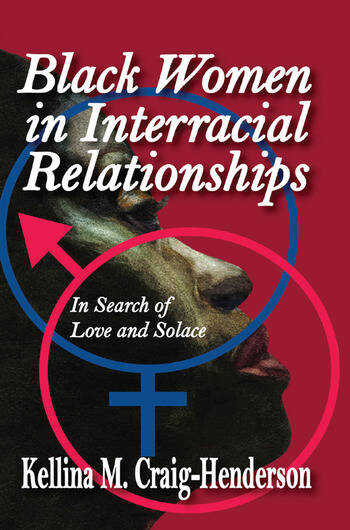 Black Women in Interracial Relationships: In Search of Love and Solace

According to the most recent U.S. census, twice as many black men are involved in interracial relationships as black women. Do black women consciously resist such involvement? What motivates the relatively few women who are in these types of relationships? And how do they navigate the unfamiliar terrain in intimacy?

One of the most popular explanations for black women's involvement in interracial intimacy is the unavailability of eligible black men. This explanation focuses on the dismal statistics popularly discussed in reports that forecast lonely futures for African American females. Craig-Henderson explores another, more provocative explanation. She argues that some black women may disassociate from larger social stereotypes by consciously and strategically making choices that distance them from what is considered characteristic of the "typical" African American woman.

The book includes in-depth, unstructured interviews with a wide range of black women currently involved in interracial intimate relationships. Each individual discusses their relationships with family members, beliefs about the influence of race in America, unique problems associated with interracial intimacy, as well as sexual attraction, racial identity, and children. Of particular interest to specialists in race, gender, family, and sexual issues, this work is also accessible and appealing to general readers.

Acknowledgments
1. Why Look at Black Women in
Interracial Intimate Relationships?
2. Sinking, Rising, and Coasting:
How Do Black Women Fare Today?
3. Through a Lens, Deeply
4. Resistance and the Decision
to Be in an Interracial Relationship
5. The Immutability of Beauty Standards and the Media
6. Cultural Stereotypes about Black Women
7. First Dates and Meeting Their Mates
8. The Challenges, Stares,
and Affronts from Friends, Family, and Strangers
9. Thinking and Talking about Race Relations Today
10. What the Future Holds, Mixed-Race Children and More
Index

Black Women in Interracial Relationships: In Search of Love and Solace