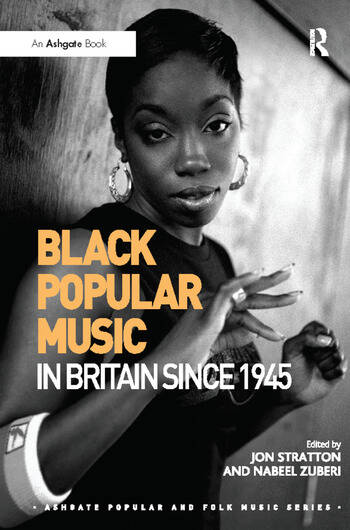 Black Popular Music in Britain Since 1945

Black Popular Music in Britain Since 1945 provides the first broad scholarly discussion of this music since 1990. The book critically examines key moments in the history of black British popular music from 1940s jazz to 1970s soul and reggae, 1990s Jungle and the sounds of Dubstep and Grime that have echoed through the 2000s. While the book offers a history it also discusses the ways black musics in Britain have intersected with the politics of race and class, multiculturalism, gender and sexuality, and debates about media and technology. Contributors examine the impact of the local, the ways that black music in Birmingham, Bristol, Liverpool, Manchester and London evolved differently and how black popular music in Britain has always developed in complex interaction with the dominant British popular music tradition. This tradition has its own histories located in folk music, music hall and a constant engagement, since the nineteenth century, with American popular music, itself a dynamic mixing of African-American, Latin American and other musics. The ideas that run through various chapters form connecting narratives that challenge dominant understandings of black popular music in Britain and will be essential reading for those interested in Popular Music Studies, Black British Studies and Cultural Studies.

Jon Stratton is Professor of Cultural Studies at Curtin University, Australia. Jon has published widely in Cultural Studies, Popular Music Studies, Jewish Studies, Australian Studies and on race and multiculturalism. His most recent books are Jews, Race and Popular Music (Ashgate, 2009), Britpop and the English Music Tradition, co-edited with Andy Bennett (Ashgate, 2010), Uncertain Lives: Culture, Race and Neoliberalism in Australia (2011) and When Music Migrates: Crossing British and European Racial Faultlines 1945-2010 (Ashgate, 2014). Nabeel Zuberi is Senior Lecturer in Media, Film and Television at the University of Auckland, New Zealand. He is the author of Sounds English: Transnational Popular Music (2001), and co-editor (with Luke Goode) of Media Studies in Aotearoa / New Zealand 1 & 2 (2004 & 2010). His articles and book chapters have dealt mainly with the intersections of music and media technologies, race, ethnicity and diaspora. He is currently working on the Muslim in recent British and American music. He is editor-in-chief of Popular Communication: International Journal of Media and Culture.

Black Popular Music in Britain Since 1945