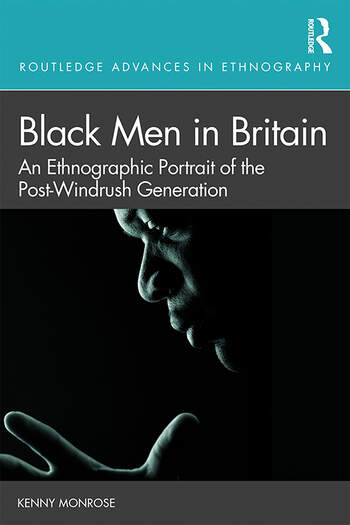 Black Men in Britain: An Ethnographic Portrait of the Post-Windrush Generation

While extensive attention has been paid to black youth, adult black British men are a notable omission in academic literature. This book is the first attempt to understand one of Britain’s hidden populations: the post-Windrush generation, who matured within a post-industrial British society that rendered them both invisible and irrelevant. Using ethnography, participant observation, interviews and his own personal experience, and without an ounce of liberal angst, Kenny Monrose pulls no punches and presents the reader with a fierce but sensitive study of a population that has been vilified and ignored.

The widely disseminated portrait of black maleness, which habitually constructs black men as being either violently dangerous, or social failures, is challenged by granting black men in Britain the autonomy to speak on sociologically significant issues candidly and openly for themselves. This reveals how this group has been forced to negotiate a glut of political shifts and socially imposed imperatives, ranging from Windrush to Brexit, and how these have had an impact on their life course. This provides a cultural uplift and offers an authenticated examination and privileged insight of black British culture.

This book will be of interest to sociologists, cultural historians and criminologists engaged with citizenship, migration, race, racialisation and criminal justice.

5 Being a black man

6 The crisis of the black family in Britain

Kenny Monrose is an Affiliated Researcher in the Department of Sociology at the University of Cambridge, and a College Research Associate at Wolfson College, Cambridge.

Black Men in Britain: An Ethnographic Portrait of the Post-Windrush Generation