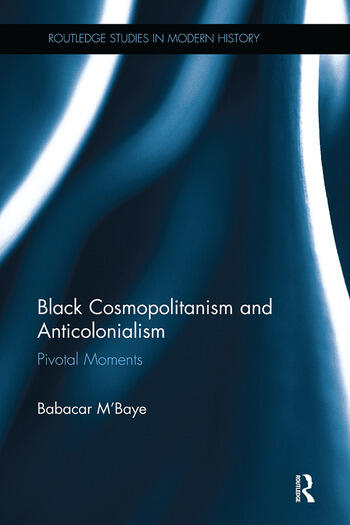 This book examines the cosmopolitanism and anticolonialism that black intellectuals, such as the African American W.E.B. Du Bois, the Caribbeans Marcus Garvey and George Padmore, and the Francophone West Africans (Kojo Touvalou-Houénou, Lamine Senghor, and Léopold Sédar Senghor) developed during the two world wars by fighting for freedom, equality, and justice for Senegalese and other West African colonial soldiers (known as tirailleurs) who made enormous sacrifices to liberate France from German oppression.

Focusing on the solidarity between this special group of African American, Caribbean, and Francophone West African intellectuals against French colonialism, this book uncovers pivotal moments of black Anglophone and Francophone cosmopolitanism and traces them to published and archived writings produced between 1914 and the middle of the twentieth century.