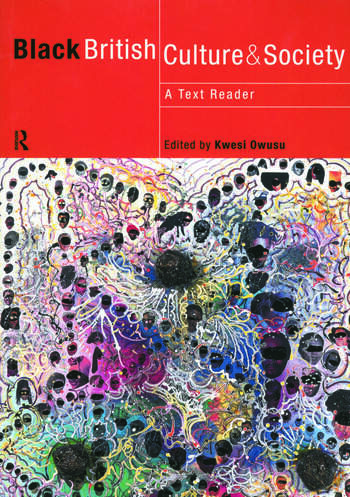 Black British Culture and Society brings together in one indispensable volume key writings on the Black community in Britain, from the 'Windrush' immigrations of the late 1940s and 1950s to contemporary multicultural Britain. Combining classic writings on Black British life with new, specially commissioned articles, Black British Culture and Society records the history of the post-war African and Caribbean diaspora, tracing the transformations of Black culture in British society.
Black British Culture and Society explores key facets of the Black experience, charting Black Britons' struggles to carve out their own identity and place in an often hostile society. The articles reflect the rich diversity of the Black British experience, addressing economic and social issues such as health, religion, education, feminism, old age, community and race relations, as well as Black culture and the arts, with discussions of performance, carnival, sport, style, literature, theatre, art and film-making. The contributors examine the often tense relationship between successful Black public figures and the media, and address the role of the Black intellectual in public life. Featuring interviews with noted Black artists and writers such as Aubrey Williams, Mustapha Matura and Caryl Phillips, and including articles from key contemporary thinkers, such as Stuart Hall, A. Sivanandan, Paul Gilroy and Henry Louis Gates, Black British Culture and Society provides a rich resource of analysis, critique and comment on the Black community's distinctive contribution to cultural life in Britain today.

Kwesi Owusu is a freelance lecturer, writer and film-maker and editor of Black British Culture and Society.

'This is a groundbreaking anthology of leading analyses of black culture in British society, and an engaging series of debates about what it means to be black and British. Every household should have a copy.' - Sara Taukolonga, The Voice

'The choice is immense, and the rich array of Black British life-experiences covered, is dazzling.' - Muhammed Khalil, Black Arts Alliance

'Students of race and cultural studies should find this a rich source of information as well as inspiration, and are likely to find a variety of chapters of relevance to them and their studies.' - Sage Race Relations Abstracts, August 2000