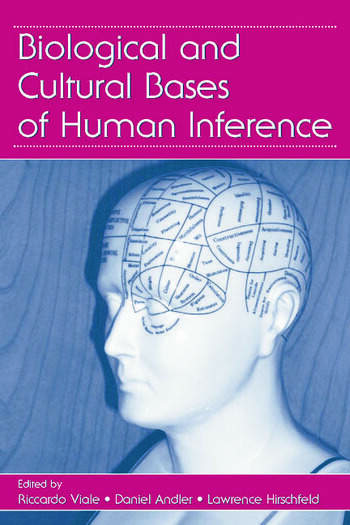 Biological and Cultural Bases of Human Inference addresses the interface between social science and cognitive science. In this volume, Viale and colleagues explore which human social cognitive powers evolve naturally and which are influenced by culture. Updating the debate between innatism and culturalism regarding human cognitive abilities, this book represents a much-needed articulation of these diverse bases of cognition.

Chapters throughout the book provide social science and philosophical reflections, in addition to the perspective of evolutionary theory and the central assumptions of cognitive science. The overall approach of the text is based on three complementary levels: adult performance, cognitive development, and cultural history and prehistory. Scholars from several disciplines contribute to this volume, including researchers in cognitive, developmental, social and evolutionary psychology, neuropsychology, cognitive anthropology, epistemology, and philosophy of mind.