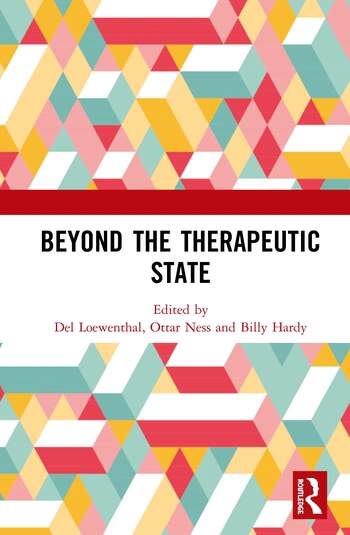 Beyond the Therapeutic State

The therapeutic state is a pervasive set of practices and ideologies which have been ever present in the twentieth century. This book of international contributors is about bringing into question many of these reified, dogmatic ideologies.

Classifications, diagnosis and the treatments have been shown to be ineffectual for many populations across the globe, but still we persist with redundant, defunct methods and techniques. Why? Because, as some would suggest, we have nothing better. The danger is that the State is taking away one of the last confidential spaces for people to allow thoughts to come to them has never been greater.

This book invites readers to think beyond the state and its therapeutics. It will be relevant to many professions, professionals, service users, families, survivors and organisations; and those who are looking for something different. This book was originally published as a special issue of the European Journal of Psychotherapy & Counselling.

Ottar Ness is family therapist and Professor of Counselling at Norwegian University of Science and Technology and Adjunct Professor of Mental Healthcare at University of South-Eastern Norway and Nord University, Norway. He has a particular interest in recovery and recovery-oriented services and practices in mental health and substance abuse care.

Billy Hardy is Senior Lecturer in Systemic Psychotherapy at the Family Institute, University of South Wales, UK and has been course Leader for the Postgraduate clinical training for many years. He has a professional background in Mental health and Mental Health Nursing. He also offers professional consultation to a wide variety of practitioners in the mental health and social care fields.

Beyond the Therapeutic State