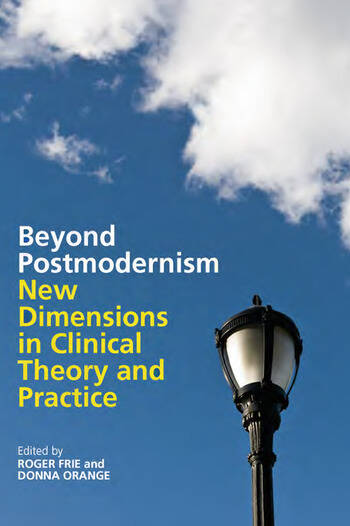 Beyond Postmodernism: New Dimensions in Clinical Theory and Practice

Beyond Postmodernism identifies ways in which psychoanalysis has moved beyond the postmodern debate and discusses how this can be applied to contemporary practice.

Beyond Postmodernism: New Dimensions in Clinical Theory and Practice