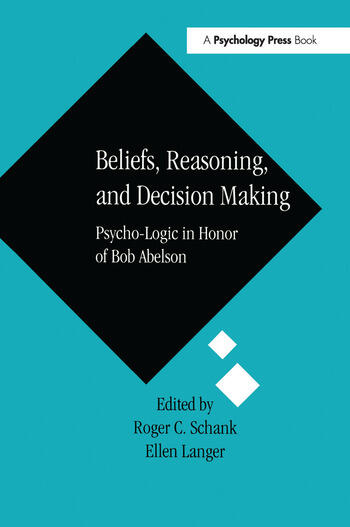 It is not unusual for a festschrift to include offerings from several areas of study, but it is highly unusual for those areas to cross disciplinary lines. This book, in doing just that, is a testimony to Bob Abelson's impact on the disciplines of social psychology, artificial intelligence and cognitive science, and the applied areas of political psychology and decision-making. The contributors demonstrate that their association with Abelson, whether as students or colleagues, has resulted in an impressive intellectual cross-fertilization.