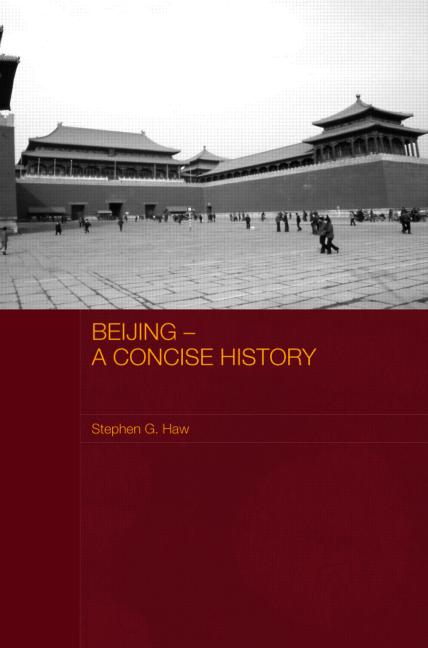 Stephen Haw sets out the history of the city of Beijing, charting the course of its development from its early roots before 2000 BC to its contemporary position as capital of the People’s Republic of China.

Haw, a well-established author on China, outlines the establishment of the earliest cities in the years before 1000 BC, its status as regional capital during most of the long Zhou dynasty, and its emergence as capital of the whole of China after the conquest of the Mongol invaders under Chenghiz Khan and his successors. He considers the city’s assumption of its modern name ‘Beijing’ under the Ming dynasty, conquest by the Manchus and the turbulent years of civil war that followed the collapse of the Qing dynasty in 1911, culminating in the communist revolution and Beijing’s resumption of the role of capital of China in 1949.

Overall, Haw gives an impressive account of the long and fascinating history of a city that is growing in prominence as an urban centre of global significance.