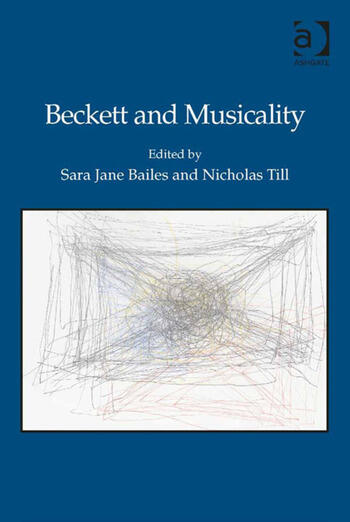 Discussion concerning the ’musicality’ of Samuel Beckett’s writing now constitutes a familiar critical trope in Beckett Studies, one that continues to be informed by the still-emerging evidence of Beckett’s engagement with music throughout his personal and literary life, and by the ongoing interest of musicians in Beckett’s work. In Beckett’s drama and prose writings, the relationship with music plays out in implicit and explicit ways. Several of his works incorporate canonical music by composers such as Schubert and Beethoven. Other works integrate music as a compositional element, in dialogue or tension with text and image, while others adopt rhythm, repetition and pause to the extent that the texts themselves appear to be ’scored’. But what, precisely, does it mean to say that a piece of prose or writing for theatre, radio or screen, is ’musical’? The essays included in this book explore a number of ways in which Beckett’s writings engage with and are engaged by musicality, discussing familiar and less familiar works by Beckett in detail. Ranging from the scholarly to the personal in their respective modes of response, and informed by approaches from performance and musicology, literary studies, philosophy, musical composition and creative practice, these essays provide a critical examination of the ways we might comprehend musicality as a definitive and often overlooked attribute throughout Beckett’s work.

Sara Jane Bailes is a theatre-maker, writer and Reader in Theatre and Performance Studies at the University of Sussex, UK. She publishes on experimental theatre and performance and is interested in ideology and compositional practices. Her monograph, Performance Theatre and the Poetics of Failure, was published in 2010. Nicholas Till is Professor of Opera and Music Theatre at the University of Sussex, UK. He works as a historian, theorist and maker of opera and music theatre. His publications include Mozart and the Enlightenment (1992) and The Cambridge Companion to Opera Studies (2012), and many studies of contemporary experimental practices.

'Beckett and Musicality represents a scholarly, versatile and imaginative engagement with Beckett’s own work and the musical afterlife which it has engendered. It is a decisive contribution to Beckett studies which deserves a wide and attentive readership.' Harry White, University College Dublin, Ireland

'Overall, the collection shows a positive, open-minded, and diverse approach to ‘musicality’. Beckett and Musicality thus offers a window onto what is happening in the field, demonstrating enthusiasm for Beckett’s engagement with music perhaps matched only by the writer’s own passion for the art form. The
result is an essential addition to our understanding of the ways in which Beckett’s work can be considered musical, or rather, can be read through the filters of different types of musicality.' John McGrath, The Institute of Contemporary Music Performance