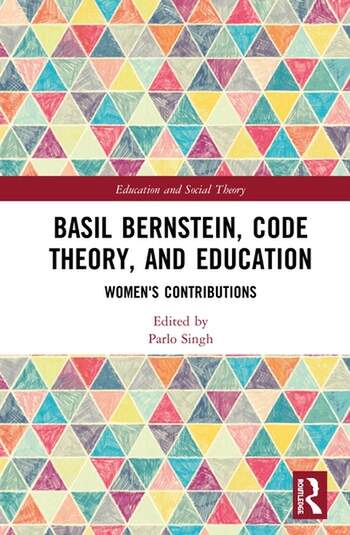 Over a career spanning forty years, Basil Bernstein produced theoretical models about the workings of educational systems, and how these systems produce social relations of inequality. He was considered by many to be a radical scholar whose work generated enormous controversies. One such controversy was around code theory, specifically restricted and elaborated codes which came to signify—for some scholars—the deficit views of those living in poverty. Bernstein weathered the intensity of the debates around these ideas, spending much of his career vehemently challenging deficit portrayals of code theory, reworking and extending his theoretical corpus with the development of ideas around pedagogic discourse and identity.

The past decade has witnessed a revival of interest in Bernstein’s theoretical ideas across fields as diverse as policy studies, sociology of education, curriculum and pedagogy studies, anthropology, linguistics, and social and cultural psychology. This book contributes to the revival of Bernstein’s work by examining specifically some women’s contribution to this theoretical corpus. The contributions traverse a number of disciplines, building a rich tapestry of concepts to think about education systems and the formation of social minds. Significantly the book tackles the complex matter of how to empirically work with Bernstein’s ideas, and so contribute to debates about the nexus between theory and methods. The chapters in this book were originally published as articles in Taylor & Francis journals or previously published in Taylor & Francis books.

1. Ways of Meaning, Ways of Learning: code as an explanatory concept

3. Literacy and Pedagogy in Flux: constructing the object of study from a Bernsteinian perspective

5. Britton and Bernstein on Vygotsky: divergent views on mind and language in the pedagogic context

Parlo Singh is a Professor in the field of Sociology of Education, based in the Institute for Educational Research at Griffith University, Brisbane, Australia. Her work explores how educational policies are enacted through the three message systems of curriculum, pedagogy and evaluation in primary schools serving high poverty communities. She worked with Basil Bernstein from 1989 to 2000, and has been part of the international Basil Bernstein symposium from 2000 to 2014.