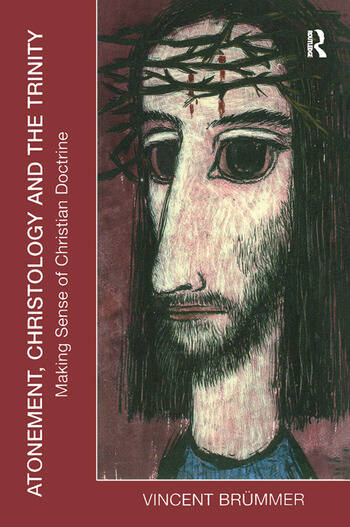 Atonement, Christology and the Trinity: Making Sense of Christian Doctrine

For many believers today the doctrines of Atonement, Christology and the Trinity seem like puzzling constructions produced by academic theologians. They are cast in unintelligible forms of thought derived from Platonism or from feudal society, and for many their existential relevance for life today remains unclear. This book introduces these doctrines and proposes a reinterpretation in the light of the claim of many Christian mystics that ultimate happiness is to be found in enjoying the loving fellowship of God. This claim is a ’matrix of faith’ in terms of which these doctrines are shown to be relevant for the life of faith of believers today. Furthermore, since this matrix can be defended within all three Abrahamic traditions, Judaism, Christianity and Islam, the proposed understanding of these doctrines can also contribute usefully to the necessary dialogue between these traditions in a globalised world.

Professor BrÃ¼mmer was born in South Africa in 1932. He studied philosophy and theology at the universities of Stellenbosch, Harvard, Utrecht and Oxford and was professor in the Philosophy of Religion at the University of Utrecht from 1967 to 1997. His writings include Theology and Philosophical Inquiry (London 1981, Philadelphia, 1982; also in Dutch), What are we Doing when we Pray? (London, 1984; also in Dutch and in German), Speaking of a Personal God (Cambridge, 1992; also in Dutch), The Model of Love (Cambridge, 1993; also in Dutch and in Korean), Faith and the Modern World. Lectures and Conversations in Iran (Tehran, 2004), Meaning and the Christian Faith. Collected Writings of Vincent BrÃ¼mmer (Ashgate, forthcoming).

'Vincent BrÃ¼mmer is a philosopher of religion who takes systematic theology seriously. In his new book he uses his philosophical acumen to elucidate central topics of Christian doctrine: the Atonement, Christology, and the Trinity. For him they are not mere theological constructions but have their meaning and function in the context of the believer’s search for ultimate happiness. There is much to be learned from his clear and careful philosophical reworking of classical views of Reformed theology. New and controversial is the idea of a 'matrix of faith' by which Christians claim to attain ultimate happiness and which BrÃ¼mmer believes can be defended not only within the Christian, but also the Jewish and Islamic traditions. This will no doubt provoke discussion, and it should.' Professor Dr Ingolf Ulrich Dalferth, University of Zurich. 'Professor Vincent Brummer writes as an established philosopher of religion who places his philosophical expertise at the service of theology. Here he builds on his earlier work on the non-manipulative nature of true love, expounds the work of Christ as God's own act, and presses the logical entailments of language about atonement and theTrinity. Whether or not readers endorse all of his conclusions, his arguments are to be reckoned with and incisive observations and rigorous logic pose questions that need to be addressed. This is a challenging resource for ongoing debate in this area'. Anthony C. Thiselton, Emeritus Professor, University of Nottingham; Research Professor, Chester University College; and Canon Theologian, Leicester Cathedral and Southwell Minster. 'This is an illuminating book and a welcome addition to [BrÃ¼mmer's] other books on e.g. prayer and love.' The Expository Times ’This text is well argued and an important one for systematic theologians.’ Catholic Books Review ’... the book overall is a stimulating read, well written ... and can only but broaden one's awareness of how the doctrines of Atonemen

Atonement, Christology and the Trinity: Making Sense of Christian Doctrine