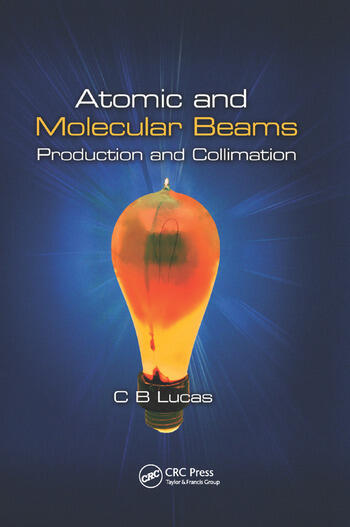 Atomic and molecular beams are employed in physics and chemistry experiments and, to a lesser extent, in the biological sciences. These beams enable atoms to be studied under collision-free conditions and allow the study of their interaction with other atoms, charged particles, radiation, and surfaces. Atomic and Molecular Beams: Production and Collimation explores the latest techniques for producing a beam from any substance as well as from the dissociation of hydrogen, oxygen, nitrogen, and the halogens.

The book not only provides the basic expressions essential to beam design but also offers in-depth coverage of:

While many review articles and books discuss the application of atomic beams, few give technical details of their production. Focusing on practical application in the laboratory, the author critically reviews over 800 references to compare the atomic and molecular beam formation theories with actual experiments. Atomic and Molecular Beams: Production and Collimation is a comprehensive source of material for experimentalists facing the design of any atomic or molecular beam and theoreticians wishing to extend the theory.

The Kinetic Theory of Gases and Atomic Beam Terminology

The Design of Ovens

Ovens for Evaporation of Alkali Metals and Their Salts

The Production of Beams of Dissociated Atoms and Other Radicals

The Comparison of Theory with Measurements

C.B. Lucas studied physics and obtained his Ph.D at University College London. He held successive research posts at the UKAEA Culham Laboratory, the universities of Tübingen, York, Münster, and Royal Holloway College of the University of London. The remainder of Lucas’ full-time career was in administrative posts, but in his retirement he has kept in contact with the academic world as a part-time tutor for the Open University and particularly in continuing with the research needed to produce this book.