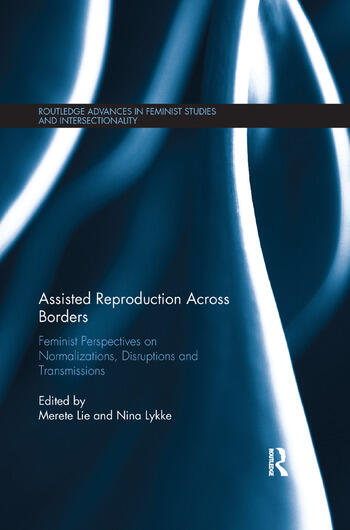 Today, it often seems as though Assisted Reproductive Technologies (ARTs) have reached a stage of normalization, at least in some countries and among certain social groups. Apparently some practices – for example in vitro fertilization (IVF) – have become standard worldwide. The contributors to Assisted Reproduction Across Borders argue against normalization as an uncontested overall trend.

This volume reflects on the state of the art of ARTs. From feminist perspectives, the contributors focus on contemporary political debates triggered by ARTs. They examine the varying ways in which ARTs are interpreted and practised in different contexts, depending on religious, moral and political approaches. Assisted Reproduction Across Borders embeds feminist analysis of ARTs across a wide variety of countries and cultural contexts, discussing controversial practices such as surrogacy from the perspective of the global South as well as the global North as well as inequalities in terms of access to IVF.

Part I: ARTs in a Neoliberal World of Transnational Reproflows

5. The South African Economy of Egg Donation: Looking at the BioEconomic Side of Normalization Verena Namberger

7. Norwegian Biopolitics in the First Decade of the 2000s: Family Politics and Assisted Reproduction Understood through the Concept of the Trickster Kristin Spilker

8.  Bringing it All Back Home: Cross-Border Procreative Practices. Examples from Norway Marit Melhuus

9. Finland as a Late Regulator of Assisted Reproduction: A Permissive Policy under Debate Lise Eriksson

11. The Veto of Moral Politics: The Catholic Church and ARTs in Ireland Orla McDonnell

Part IV: ARTs as Entangled in Demographic Agendas and Biopolitics

16.  From Precarity to Self-Governance: Performing Motherhood through IVF Treatment in Ukraine Polina Vlasenko

17.  Russian Legislative Practices and Debates on the Restriction of Wide Access to ARTs Maria Kirpichenko

18.  Lesbian Kinship and ARTs in American Popular Culture: The L Word and The Kids Are All Right Julianne Pidduck

Merete Lie is Professor in the Department of Interdisciplinary Studies of Culture and leader of the Centre for Gender Research at the Norwegian University of Science and Technology (NTNU), Norway.