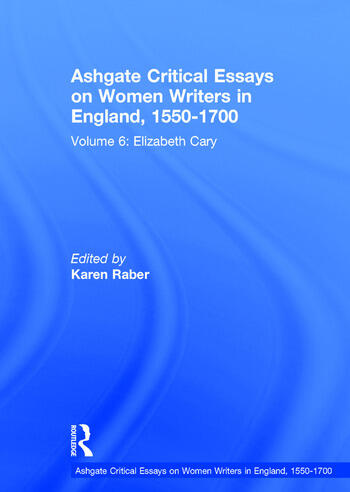 Elizabeth Cary's Tragedy of Mariam, the first original drama written in English by a woman, has been a touchstone for feminist scholarship in the period for several decades and is now one of the most anthologized works by a Renaissance woman writer. Her History of ... Edward II has provided fertile ground for questions about authorship and historical form. The essays included in this volume highlight the many evolving debates about Cary's works, from their complicated generic characteristics, to the social and political contexts they reflect, to the ways in which Cary's writing enters into dialogue with texts by male writers of her time. In its critical introduction, the volume offers a thorough analysis of where Cary criticism has been and where it might venture in the future.

Karen Raber is Associate Professor English and Director of Graduate Studies at the University of Mississippi, USA.