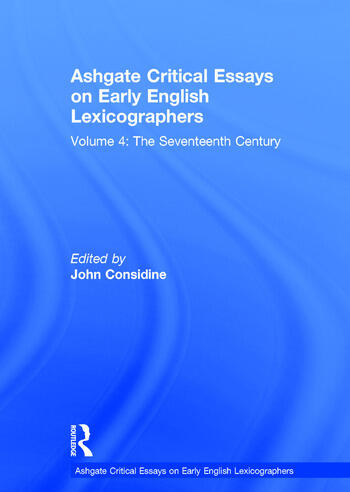 Three major developments in English lexicography took place during the seventeenth century: the emergence of the first free standing monolingual English dictionaries; the making of new kinds of English lexicons that investigated dialect or etymology or that keyed English to invented 'philosophical' languages; and the massive expansion of bilingual lexicography, which not only placed English alongside the European vernaculars but also handled the languages of the new world. The essays in this volume discuss not only the internal history of lexicography but also its wider relationships with culture and society.

John Considine is Associate Professor of English at the University of Alberta, Canada