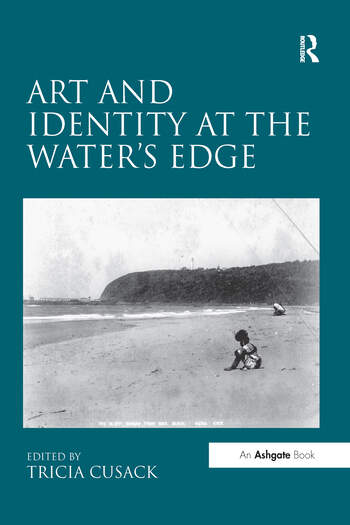 Art and Identity at the Water's Edge

The water's edge, whether shore or riverbank, is a marginal territory that becomes invested with layers of meaning. The essays in this collection present intriguing perspectives on how the water's edge has been imagined and represented in different places at various times and how this process contributed to the formation of social identities. Art and Identity at the Water's Edge focuses upon national coastlines and maritime heritage; on rivers and seashore as regions of liminality and sites of conflicting identities; and on the edge as a tourist setting. Such themes are related to diverse forms of art, including painting, architecture, maps, photography, and film. Topics range from the South African seaside resort of Durban to the French Riviera. The essays explore successive ideological mappings of the Jordan River, and how Czech cubist architecture and painting shaped a new nationalist reading of the Vltava riverbanks. They examine post-Hurricane Katrina New Orleans as a filmic spectacle that questions assumptions about American identity, and the coast depicted as a site of patriotism in nineteenth-century British painting. The collection demonstrates how waterside structures such as maritime museums and lighthouses, and visual images of the water's edge, have contributed to the construction of cultural and national identities.

Contents: Introduction: exploring the water's edge, Tricia Cusack; Part I The Nation at the Edge: Our English Coasts: defence and national identity in 19th-century Britain, Christiana Payne; The Baltic's edge: architecture and art in the service of Polish maritime policy, 1918-1939, Malgorzata Omilanowska; Hurricane Katrina as visual spectacle: Hurricane On The Bayou and the reframing of American national identity, Anna Hartnell. Part II Heritage by the Coast: The architecture and exhibits of Australian maritime museums: changing views at the water's edge from Sydney and Perth, William Taylor; To the Lighthouse: sentinels at the water's edge, Teresa Costa. Part III Conflicts of Identity at the Water's Edge: The Jordan river in ancient and modern maps, Rachel Havrelock; The fractured embankment: modernity and identity at the edge of the Vltava, Glyn Newman; Struggling for a day in the sun: the emergence of a beach culture among African people in Durban, Heather Hughes. Part IV Regions of Liminality: Zone of transition: visual culture and national regeneration on the French Riviera, c.1860-1900, Tania Woloshyn; The edge of reason? Dockside and riverbank in J.A. McNeil Whistler's The Thames Set (1859-1861) and James Tissot's paintings of the Thames, 1871-1882, Vicky Greenaway; An der Oder: river romance in Breslau, Deborah Ascher Barnstone. Part V The Edge as a Tourist Setting: Constructing the Donegal seaside at Rosapenna: imagining Norway in Victorian and Edwardian Ulster, Kevin J. James; Sunny snaps: commercial photography at the water's edge, Colin Harding; Index.

Tricia Cusack's publications include Riverscapes and National Identities (2010); Art, Nation and Gender (co-edited; Ashgate 2003), and numerous articles. She teaches at the University of Birmingham.

'Despite the abundance of literature on bodies of water, this particular area of scholarship is extremely limited, and thus Cusack’s book is a welcome addition to most major research libraries. Art and Identity at the Water’s Edge will be a valuable resource for scholarly academic libraries that support cross-disciplinary research in art, architecture, history, cultural studies, national identities, and land studies.' Arlis

'It is strange, given the island nature of Britain's geography, that until very recently there has been so little in the literature, as Tricia Cusack points out, describing either the complexities of our cultural relationship to the water's edge or the way these contingencies are represented in our cultural imaginings. This most welcome book sets out the groundwork and opens up the field for timely further consideration, and along with several other significant publications... serves to bring the sea in from the margins of cultural geographical study.' Journal of Historical Geography

Art and Identity at the Water's Edge