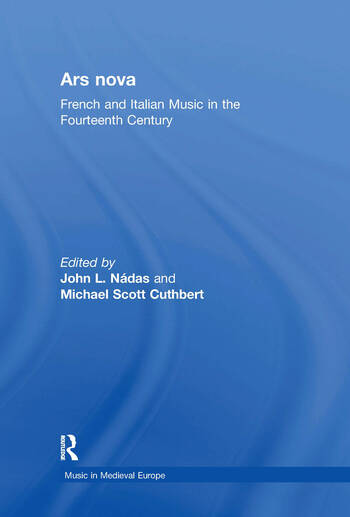 Ars nova: French and Italian Music in the Fourteenth Century

In the early fourteenth century, musicians in France and later Italy established new traditions of secular and sacred polyphony. This ars nova, or "new art," popularized by theorists such as Philippe de Vitry and Johannes de Muris was the among the first of many later movements to establish the music of the present as a clean break from the past. The rich music of this period, by composers such as Guillaume de Machaut and Francesco Landini, is not only beautiful, but also rewards deep study and analysis. Yet contradictions and gaps abound in the ars nova of the fourteenth and early fifteenth centuries-how do we read this music? how do we perform this music? what was the cultural context of these performances? These problems are well met by the ingenuity of approaches and solutions found by scholars in this volume. The twenty-seven articles brought together reflect the broad methodological and chronological range of scholarly inquiry on the ars nova.

John L. NÃ¡das is Gerhard L. Weinberg Distinguished Professor in the College of Arts and Sciences, University of North Carolina at Chapel Hill, USA. Professor NÃ¡das is presently Editor-in-Chief of the Journal of Musicology. His interests include the music of 14th- and 15th-century France and Italy, Monteverdi, and 19th-century Italian opera. Michael Scott Cuthbert is Assistant Professor of Music at the Massachusetts Institute of Technology, USA.

'...the introductions to each volume are excellent...' Early Music Review '...a valuable collection that collects and sums up critical decades of scholarly development in fourteenth century music...' Medieval Review

Ars nova: French and Italian Music in the Fourteenth Century