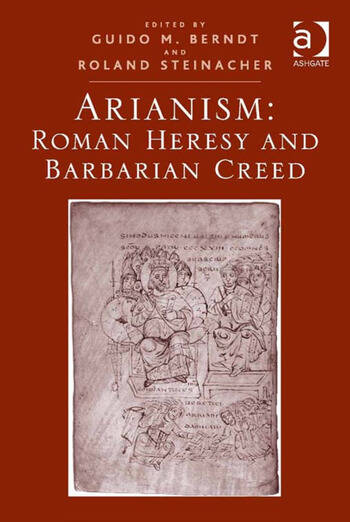 This is the first volume to attempt a comprehensive overview of the evolution of the 'Arian' churches in the Roman world of Late Antiquity and their political importance in the late Roman kingdoms of the 5th-6th centuries, ruled by barbarian warrior elites. Bringing together researchers from the disciplines of theology, history and archaeology, and providing an extensive bibliography, it constitutes a breakthrough in a field largely neglected in historical studies. A polemical term coined by the Orthodox Church (the side that prevailed in the Trinitarian disputes of the 4th century C.E.) for its opponents in theology as well as in ecclesiastical politics, Arianism has often been seen as too complicated to understand outside the group of theological specialists dealing with it and has therefore sometimes been ignored in historical studies. The studies here offer an introduction to the subject, grounded in the historical context, then examine the adoption of Arian Christianity among the Gothic contingents of the Roman army, and its subsequent diffusion in the barbarian kingdoms of the late Roman world.

Guido M. Berndt is a researcher at the Department of Ancient History, Friedrich-Alexander-UniversitÃ¤t, Erlangen-Nuremberg, Germany; Roland Steinacher is a historian specialising in Roman History at the Institut fÃ¼r Mittelalterforschung of the Austrian Academy of Sciences and teaches at the University of Vienna, Austria.

'... an important contribution to the literature on Arianism ... the essays in this volume give a rounded and nuanced picture of the state of current understanding of the religion and the social organization of the various Germanic peoples in late antiquity and the early Middle Ages.' Bryn Mawr Classical Review