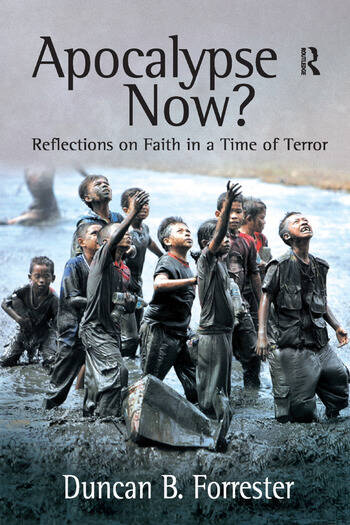 Apocalypse Now?: Reflections on Faith in a Time of Terror

How may people of faith respond wisely, constructively, and courageously to the challenges of a time of terror? How might religious reasons in public debate be a force for reconciliation rather than violence and hatred? In a world in which religious arguments and religious motivations play such a huge public role, there is an urgent responsibility for interpreting what is happening, and engaging with religious views which are commonly regarded as alien, threatening or dangerous. In Apocalypse Now?, Duncan Forrester argues that disorders and atrocities which include the Gulag, the Holocaust, 9/11, the Afghanistan and Iraq wars, and the Tsunami disaster have shown us that we stand not at the end of history but in the midst of an apocalyptic age of terror which has striking similarities to the time in which Christianity was born. Moving between two times of terror - the early Centuries of Christianity, and today - Forrester asks how religious motivations can play a positive role in the midst of conflicts and disasters. Reading the 'signs of the times' to try to understand what is happening in today's age of terror, Forrester argues that there are huge resources in the Christian tradition that can be productively deployed for a more constructive and faithful response. We are at a turning point - this is a book which should be read.

As a Church of Scotland missionary Duncan Forrester taught Politics at Madras Christian College for eight years. After a period as Chaplain and Lecturer in Politics and Religious Studies at the University of Sussex, he was appointed in 1978 to the Chair of Christian Ethics and Practical Theology in New College, University of Edinburgh. He was Principal of New College from 1986-1996, and Dean of the Faculty of Divinity from 1996-2000. He established and was first Director of the Centre for Theology and Public Issues. In session 2000-2001 he held a Personal Chair in Theology and Public Issues in Edinburgh University. He is now Emeritus Professor. His recent publications include The True Church and Morality: Reflections on Ecclesiology and Ethics (WCC, 1997), Christian Justice and Public Policy (Cambridge University Press, 1997), Truthful Action: Explorations in Practical Theology (T. & T. Clark, 2000) and On Human Worth: A Christian Vindication of Equality (SCM Press, 2001).

'This challenging book covers such atrocities as the Gulag, 9/11, the Iraq War and the Asian tsunami, and suggests that we live in an apocalyptic age similar to that in which Christianity was born. As such, it is a highly relevant read for those seeking answers to today's world issues.' Publishing News ’As an Anglican Reader who has to preach regularly, and also as the mother of a daughter living and working in Israel/Palestine, I want to say first that I found Duncan Forrester's book personally helpful, informative and deeply sensitive to the heart of what Christianity has to offers in a 'time of terror'... The style is always careful and measured; it becomes increasingly passionate as the book goes on... This is an excellent book by an academic theologian and a Christian committed to justice, peace and reconciliation. The book takes a wide view of the contemporary scene and of the tradition although it is not generated from specific activist involvement in a particular context.’ Theology ’Moving between two times of terror - the early Centuries of Christianity, and today - the author asks how religious motivations can play a positive role in the midst of conflicts and disasters. Reading the 'signs of the times' to try to understand what is happening in today's age of terror, Forrester argues that there are huge resources in the Christian tradition that can be productively deployed for a more constructive and faithful response.’ Theological Book Review

Apocalypse Now?: Reflections on Faith in a Time of Terror