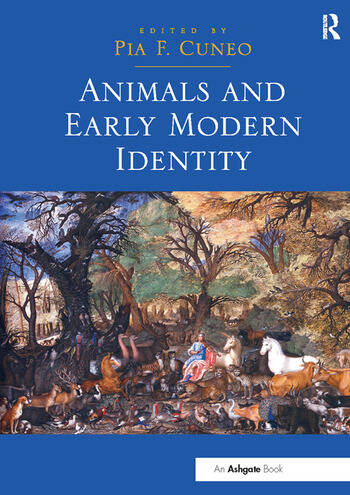 Animals were everywhere in the early modern period and they impacted, at least in some way, the lives of every kind of early modern person, from the humblest peasant to the greatest prince. Artists made careers based on depicting them. English gentry impoverished themselves spending money on them. Humanists exercised their scholarship writing about them. Pastors saved souls delivering sermons on them. Nobles forged alliances competing with them. Foreigners and indigenes negotiated with one another through trading them. The nexus between animal-human relationships and early modern identity is illuminated in this volume by the latest research of international scholars working on the history of art, literature, and of sixteenth- and seventeenth-century Germany, France, England, Spain, and South Africa. Collectively, these essays investigate how animals - horses, dogs, pigs, hogs, fish, cattle, sheep, birds, rhinoceroses, even sea-monsters and other creatures - served people in Europe, England, the Americas, and Africa to defend, contest or transcend the boundaries of early modern identities. Developments in the methodologies employed by scholars to interrogate the past have opened up an intellectual and discursive space for - and a concomitant recognition of - the study of animals as a topic that significantly elucidates past and present histories. Relevant to a considerable array of disciplines, the study of animals also provides a means to surmount traditional disciplinary boundaries through processes of dynamic interchange and cross-fertilization.

Pia F. Cuneo is Professor of Art History at the University of Arizona, USA. Her current work focuses on sixteenth- and seventeenth-century hippology, and she competes locally in dressage.

'Animals and Early Modern Identity provides a wealth of new work in early modern animal studies, ranging across Europe and into the non-European world of exploration and colonial encounters and in the process engaging such varied topics as pedagogy, animal husbandry, the visual arts, trade and travel, court culture, philosophy, and sport. ... Should attract the attention of a wide scholarly audience interested in the early modern period and its various appropriations of animals and animality.' Bruce Boehrer, Florida State University, USA

'This beautiful and pleasurable collection of sixteen essays provides an excellent contribution to the current lively discussion within animal studies.' Times Literary Supplement

'This handsome volume ... brings together essays exploring the significance of animals in different aspects of early modern life and culture, uniting historians, art historians, and specialists of literature. Contributing to the burgeoning academic field of animal studies, these articles address a lacuna in the state of the matter, considering nonhuman animals and their representation in pre-Romantic Europe and its empires.' Journal of the Northern Renaissance

'[A] richly illustrated and well-produced volume ... the real strength of this volume lies in the wide range of exciting original archival research presented and analysed ... This volume demonstrates vividly how much untapped material remains in the archives. For this quality alone it would already deserve a wide readership.' European History Quarterly