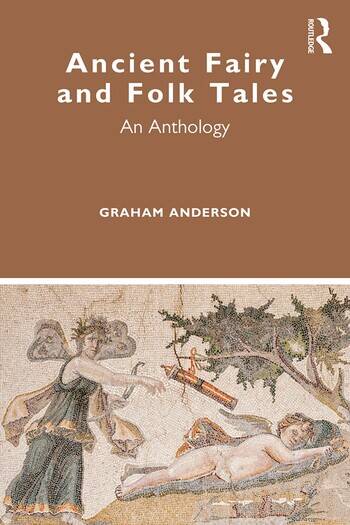 This anthology explores the multitude of evidence for recognisable fairy tales drawn from sources in the much older cultures of the ancient world, appearing much earlier than the 17th century where awareness of most fairy tales tends to begin.

It presents versions of Cinderella, The Emperor’s New Clothes, Snow White, The Frog Prince and a host of others where the similarities to familiar ‘modern’ versions far outweigh the differences. Here we find Cinderella as a courtesan, Snow White coming to a tragic end or an innocent heroine murdering her sisters. We find an emperor’s new clothes where the flatterers compare him to Alexander the Great, or a pair of adulterers caught in a magic trap. Tantalising fragments suggest that there is more to be discovered: we can point to a Sleeping Beauty where the girl takes on the green colouring of the surrounding wood, or we encounter a Rumpelstiltskin connected to a mystery cult. The overall picture suggests a much richer texture of popular tale as a fascinating new legacy of antiquity.

This volume breaks down the traditional barriers between Classical Mythology and the fairy tale, and will be an invaluable resource for anyone working on the history of fairy tales and folklore.

1. Introduction: who’s been telling my tale?

6. Rewards and punishments I

Graham Anderson is Emeritus Professor of Classics in the University of Kent. He has written extensively on ancient folk and fairy tale, including Fairytale in the Ancient World (2000) and Greek and Roman Folklore: A Handbook (2006). His most recent publication is Fantasy in Greek and Roman Literature (Routledge, 2019). He is currently working on a study entitled The Pepaideumenos and his World: Intellectuals in the Roman Empire.