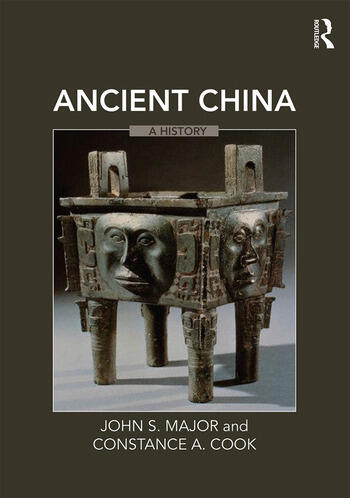 Ancient China: A History surveys the East Asian Heartland Region – the geographical area that eventually became known as China – from the Neolithic period through the Bronze Age, to the early imperial era of Qin and Han, up to the threshold of the medieval period in the third century CE. For most of that long span of time there was no such place as "China"; the vast and varied territory of the Heartland Region was home to many diverse cultures that only slowly coalesced, culturally, linguistically, and politically, to form the first recognizably Chinese empires.

The field of Early China Studies is being revolutionized in our time by a wealth of archaeologically recovered texts and artefacts. Major and Cook draw on this exciting new evidence and a rich harvest of contemporary scholarship to present a leading-edge account of ancient China and its antecedents.

With handy pedagogical features such as maps and illustrations, as well as an extensive list of recommendations for further reading, Ancient China: A History is an important resource for undergraduate and postgraduate courses on Chinese History, and those studuing Chinese Culture and Society more generally.

2. Geography, Climate, and the Physical Setting of Chinese History

3. The Neolithic Era and the Jade Age

7. The Spring and Autumn Period

9. The Rise and Fall of the Qin Dynasty

10. The Han Dynasty through the Reign of Emperor Wu

11. The Later Western Han and the Wang Mang Interregnum

12. The Han Restoration, the Eastern Han Dynasty, and the Three Kingdoms

John S. Major taught East Asian History at Dartmouth College, US, from 1971 to 1984. Thereafter he has been an independent scholar based in New York City, US.

Constance A. Cook is Professor of Modern Languages and Literature at Lehigh University, US.