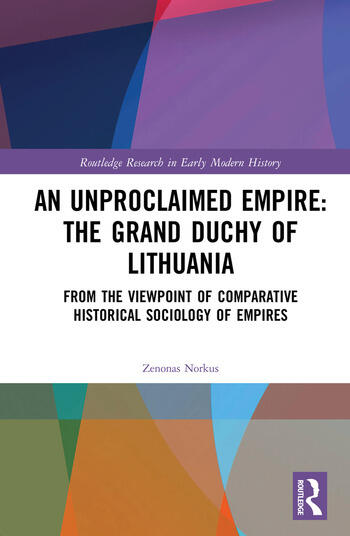 An Unproclaimed Empire: The Grand Duchy of Lithuania: From the Viewpoint of Comparative Historical Sociology of Empires

An Unproclaimed Empire: The Grand Duchy of Lithuania

is an interdisciplinary study of the Grand Duchy of Lithuania (GDL) that is historical in subject but social scientific in approach. It is also the first study to apply this comparative and social scientific method to the GDL.

In this book, Zenonas Norkus draws on national historiographies and applies theories from comparative empire studies involving historians, sociologists, political scientists, anthropologists and scholars in the theory of international relations, allowing it to transcend differences in national viewpoints. It also provides answers to contested issues in the history of the GDL, and raises a number of new questions, including whether the Grand Duchy was an empire or a federation, and why and when it failed.

By adopting this "imperial approach" of considering the GDL as an empire, this book brings something new to the research surrounding the Grand Duchy and is ideal for academics and postgraduates of early modern Lithuania, early modern Eastern Europe, historical sociology, and the history of empires.

1. 2. The Grand Duchy of Lithuania as an empire in historiography

2. 1. On the controversies over concepts and the ways how to solve them

2. 3. The empire and the inter-polity system: views from international relations studies

2. 4. The empire from the viewpoint of constitutional law and comparative politics

2. 5. Definition and typology of empires

Part 3 The Grand Duchy of Lithuania as an Empire

3. 2. The Grand Duchy in the pursuit of hegemony: aims and achievements

3.3. Whose empire was the Grand Duchy?

3. 4. The metropole and peripheries of the Grand Duchy

3. 5. Why was it so difficult to identify the Grand Duchy as an empire?

3. 6. The Grand Duchy as an empire with adjectives

3. 7. On the dates of birth and death of the Lithuanian empire

3. 9. Unaccomplished mission of the Lithuanian empire

An Unproclaimed Empire: The Grand Duchy of Lithuania: From the Viewpoint of Comparative Historical Sociology of Empires