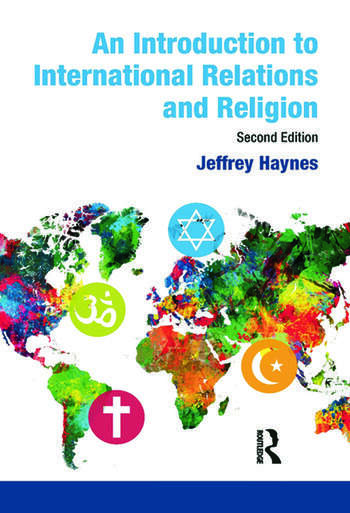 An Introduction to International Relations and Religion

This has now changed, and changed perhaps irrevocably. As Jeff Haynes argues in this thought-provoking and important new book, various religious 'actors' are now significantly involved in international relations and have become a crucial influence on policy in a post-Westphalian world. International Relations and Religion guides the reader through the complex issues at the heart of this topic with clarity and insight.

This updated second edition starts with a close reading of the many theoretical and analytical concepts - notably Huntington and the clash of civilisations - that have grown up around this area and then concludes with a summary of the issues under discussion and attempts to put into context what it means to live in a world that is increasingly shaped by a whole host of diverse religious groups.

Essential reading for students of International Relations and Politics.

1.    Religion and international relations: What are the issues?

3.    Theories of International Relations and religion

is Professor of Politics at London Metropolitan University, UK.

An Introduction to International Relations and Religion