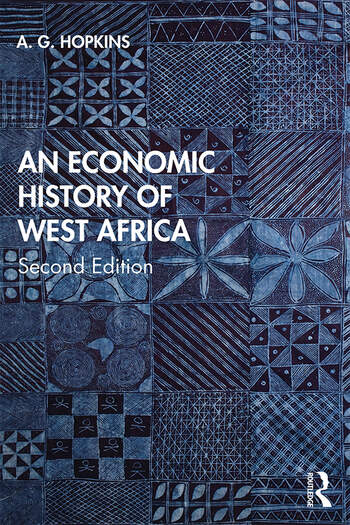 An Economic History of West Africa

This pioneering and celebrated work was the first, and remains the standard, account of the economic history of the huge area conventionally known as West Africa.

The book ranges from prehistoric times to independence and covers the former French territories, as well as those colonised by the British. It criticises conventional beliefs about economic backwardness, offers an alternative account that explains the particular configuration of poverty that characterised the pre-colonial period, and assesses the consequences of the region’s interaction with the wider world – from the growth of the Saharan and Atlantic trades to the rise and demise of colonial rule. This edition contains a substantial new Introduction that discusses the development of the subject during the past 50 years, evaluates the debate over the original interpretation, and provides a valuable guide to additional reading, bringing the reader up to date with current scholarship on the subject, as well as providing avenues for further independent research.

Appearing at a time when the study of African economic history is enjoying a revival and is engaging economists as well as historians, the book fills a large gap in African studies, provides newcomers with a stimulating point of entry into the subject, and contributes to our understanding of wider issues of global underdevelopment.

Preface to the previous edition

Preface to the second edition

Introduction to the Second Edition

1 Approaches to Africa’s economic past

2 The domestic economy: structure and function

3 External trade: the Sahara and the Atlantic

4 The economic basis of imperialism

5 An economic model of colonialism

7 The open economy under strain

8 The economy in retrospect

A. G. Hopkins is Emeritus Smuts Professor of Commonwealth History at the University of Cambridge, UK. He holds a Ph.D. from the University of London, honorary doctorates from the Universities of Stirling and Birmingham, and is a Fellow of the British Academy. He has written extensively on African history, imperial history, and globalisation. His other publications include: Globalization in World History (2001); Global History: Interactions between the Universal and the Local (2006); British Imperialism, written with P. J. Cain (3rd ed. 2016); American Empire: A Global History (2018); and numerous scholarly articles.

An Economic History of West Africa