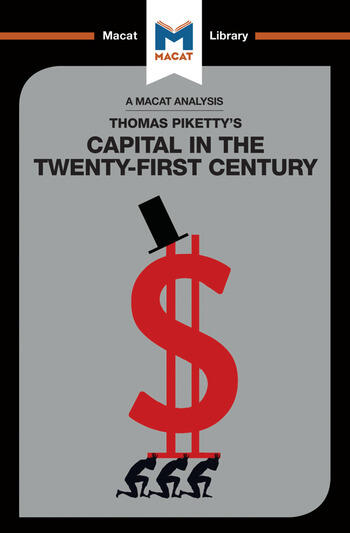 An Analysis of Thomas Piketty's Capital in the Twenty-First Century

Thomas Piketty is a fine example of an evaluative thinker. In Capital in the Twenty-First Century, he not only provides detailed and sustained explanations of why he sees existing arguments relating to income and wealth distribution as flawed, but also gives us very detailed evaluations of the significance of a vast amount of data explaining why incomes is distributed in the ways it is.

As Piketty stresses, “the distribution question… deserves to be studied in a systematic and methodical fashion.” This stress on evaluating the significance of data leads him to focus on the central evaluative questions, and look in turn at the acceptability, relevance, and adequacy of existing justifications for the unequal distribution of wealth. In doing so, Piketty applies his understanding of the data to answering the deeply important question of what political structures and what policies are necessary to move us towards a more equal society.

Piketty’s evaluation of the data supports his argument that inequality cannot be depended on to reduce over time: indeed, without government intervention, it is highly likely to increase. In addition, he evaluates international data to argue that poor countries do not necessarily become less poor as a result of foreign investment. This strong emphasis on the interrogation of data, rather than building mathematical models that are divorced from data, is a defining feature of Piketty’s work.

Who was Thomas Piketty?

What does Capital in the Twenty-First Century Say?

Why does Capital in the Twenty-First Century Matter?

Nick Broten was educated at the London School of Economics and the California Institute of Technology. He is doing postgraduate work at the Pardee RAND Graduate School and works as an assistant policy analyst at RAND. His current policy interests include designing distribution methods for end-of-life care, closing labour market skill gaps, and understanding biases in risk-taking by venture capitalists.

An Analysis of Thomas Piketty's Capital in the Twenty-First Century