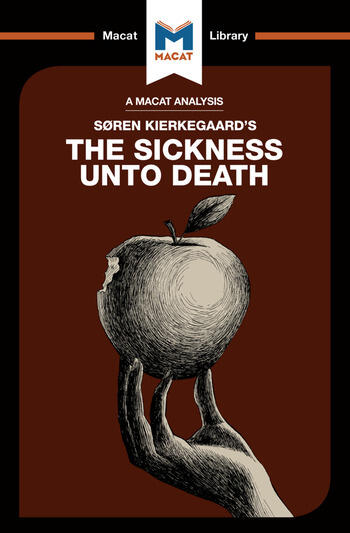 An Analysis of Soren Kierkegaard's The Sickness Unto Death

Søren Kierkegaard’s The Sickness unto Death is widely recognized as one of the most significant and influential works of Christian philosophy written in the nineteenth century. One of the cornerstones of Kierkegaard’s reputation as a writer and thinker, the book is also a masterclass in the art of interpretation. In critical thinking, interpretation is all about defining and clarifying terms – making sure that everyone is on the same page. But it can also be about redefining terms: showing old concepts in a new light by interpreting them in a certain way. This skill is at the heart of The Sickness unto Death.

Kierkegaard’s book focuses on the meaning of “despair” – the sickness named in the title. For Kierkegaard, the key problem of existence was an individual’s relationship with God, and he defines true despair as equating to the idea of sin – something that separates people from God, or from the idea of a higher standard beyond ourselves. Kierkegaard’s interpretative journey into the ideas of despair, sin and death is a Christian exploration of the place of the individual in the world. But its interpretative skills inspired generations of philosophers of all stripes – including notorious atheists like Jean-Paul Sartre.

Who was Søren Kierkegaard?

What does The Sickness Unto Death Say?

Why does The Sickness Unto Death Matter?

Dr Shirin Shafaie holds masters degrees in philosophy and Middle Eastern studies from the University of Tehran and SOAS. She took her PhD at SOAS, where she now teaches in the Department of Politics and International Studies.

An Analysis of Soren Kierkegaard's The Sickness Unto Death