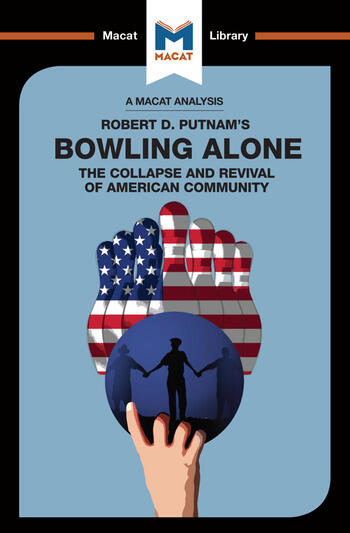 American political scientist Robert Putnam wasn’t the first person to recognize that social capital – the relationships between people that allow communities to function well – is the grease that oils the wheels of society. But by publishing Bowling Alone, he moved the debate from one primarily concerned with family and individual relationships one that studied the social capital generated by people’s engagement with the civic life.

Putnam drew heavily on the critical thinking skill of interpretation in shaping his work. He took fresh looks at the meaning of evidence that other scholars had made too many assumptions about, and was scrupulous in clarifying what his evidence was really saying. He found that strong social capital has the power to boost health, lower unemployment, and improve life in major ways. As such, any decrease in civic engagement could create serious consequences for society.

Putnam’s interpretation of these issues led him to the understanding that if America is to thrive, its citizens must connect.

Who is Robert D. Putnam?

What does Bowling Alone Say?

Why does Bowling Alone Matter?