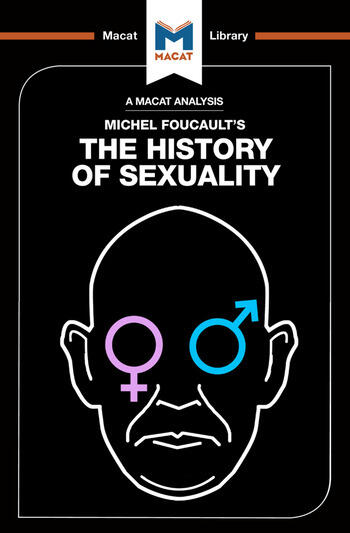 An Analysis of Michel Foucault's The History of Sexuality: Vol. 1: The Will to Knowledge

Michel Foucault is famous as one of the 20th-century’s most innovative and wide-ranging thinkers. The qualities that made him one of the most-read and influential theorists of the modern age find full expression in  History of Sexuality, the last project Foucault was able to complete before his death in 1984.

Central to Foucault’s appeal is the creativity of his thought. Creative thinking takes many forms – from redefining an issue in a novel way to making unexpected and illuminating connections. Foucault’s particular talent could perhaps best be described as turning questions inside out. In the case of sexuality, for instance, his interpretation of the historical evidence led him to argue that the sexual categories that we are used to (homosexual, lesbian, straight, and so on) are not “natural,” but constructs that are products of the ways in which power and knowledge interact in society.

Such categories, Foucault continues, actually serve to produce the desires they seek to name. And their creation, in turn, is closely linked to the power that society exerts on those who belong to different sexual groups.

Foucault’s  ideas – familiar now – were so novel in their time that they proved highly challenging. But to see the world through Foucault’s thought is to see it in a profoundly different and illuminating way – an example of creative thinking at its best.

Who was Michel Foucault?

What does History of Sexuality Say?

Why does History of Sexuality Matter?

Dr Rachele Dini studied at Cambridge, King’s College London and University College London. Much of her current work focuses on the representation of production and consumption in modern and contemporary Anglo-American fiction. She teaches at Cambridge and for the Foundation for International Education, and her first monograph, Consumerism, Waste and Re-use in Twentieth-century Fiction: Legacies of the Avant-Garde, was published by Palgrave Macmillan in 2016.

Dr Chiara Briganti is a London-based writer and academic. She was a professor of English Literature and Gender Studies at Carleton College, Minnesota (USA) for many years, and is now a visiting research fellow at King's College London. Her research ranges from the literature of the Victorian period to the 1970s, with a particular focus on Charles Dickens, British Modernism, domestic fiction, and British women's fiction of the interwar period. Dr Briganti is the author of Anche tu, figlia mia: Figlie e padri nelle letterature anglofone (Quattro Venti, 1995), and co-author, together with Kathy Mezei, of Domestic Modernism, the Interwar Novel, and E.H. Young (Ashgate, 2006), and The Domestic Space Reader (University of Toronto Press, 2013). She is currently editing an essay collection on bedsits and boarding houses in the British literary imagination (Bloomsbury, 2018).

An Analysis of Michel Foucault's The History of Sexuality: Vol. 1: The Will to Knowledge