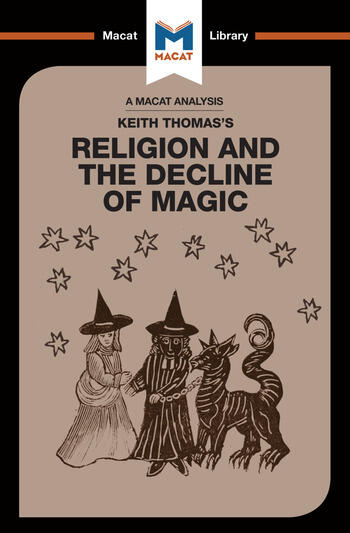 An Analysis of Keith Thomas's Religion and the Decline of Magic

Keith Thomas's classic study of all forms of popular belief has been influential for so long now that it is difficult to remember how revolutionary it seemed when it first appeared.

By publishing Religion and the Decline of Magic, Thomas became the first serious scholar to attempt to synthesize the full range of popular thought about the occult and the supernatural, studying its influence across Europe over several centuries. At root, his book can be seen as a superb exercise in problem-solving: one that actually established "magic" as a historical problem worthy of investigation. Thomas asked productive questions, not least challenging the prevailing assumption that folk belief was unworthy of serious scholarly attention, and his work usefully reframed the existing debate in much broader terms, allowing for more extensive exploration of correlations, not only between different sorts of popular belief, but also between popular belief and state religion. It was this that allowed Thomas to reach his famous conclusion that the advent of Protestantism – which drove out much of the "superstition" that characterised the Catholicism of the period – created a vacuum filled by other forms of belief; for example, Catholic priests had once blessed their crops, but Protestants refused to do so. That left farmers looking for other ways of ensuring a good harvest. It was this, Thomas argues, that explains the survival of what we now think of as "magic" at a time such beliefs might have been expected to decline – at least until science arose to offer alternative paradigms.

Who is Keith Thomas?

What does Religion and the Decline of Magic Say?

Why does Religion and the Decline of Magic Matter?

Dr Simon Young holds a doctorate in Medieval History and teaches at the University of Florence. His research focuses folklore traditions in English and Irish Popular Literature.

An Analysis of Keith Thomas's Religion and the Decline of Magic