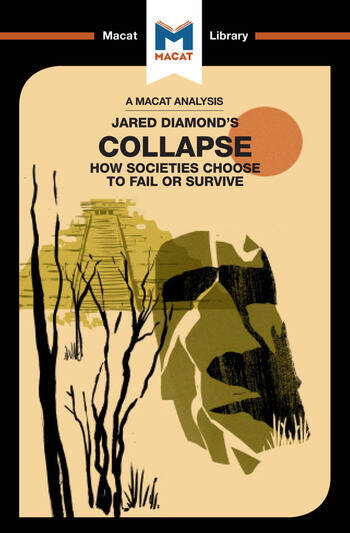 An Analysis of Jared M. Diamond's Collapse: How Societies Choose to Fail or Survive

American scholar Jared Diamond deploys his powers of interpretation to great effect in Collapse: How Societies Choose to Fail or Succeed, which seeks to understand the meaning behind the available evidence describing societies that have survived and those that have withered and died.

Why, for example, did the Norsemen of Scandinavia who colonized Greenland in the early tenth century not survive, while the inhabitants of Highland New Guinea did? With the evidence to hand, Diamond notes that a society’s collapse tends to be preceded by a severe reduction in population and considerable decreases in political, economic and social complexity. Delving even deeper, Diamond isolates five major factors determine the success or failure of human societies in all periods of history: environmental degradation, which occurs when an ecosystem deteriorates as its resources are exhausted; climate change (natural or man-made); hostile neighbors; weakened trading partners; and access or otherwise to the resources that enable the society to adapt its challenges.

The breadth of Diamond’s research provides the springboard from which to reach these definitions, but it inevitably also introduces complications; how can evidence produced by specialists in so many different disciplines be compared? Diamond’s ability to understand the meaning of the evidence at hand – and his readiness to seek and supply clarifications of meaning where necessary – underpin his achievement, and comprise a textbook example of how interpretative skills can provide a framework for strong critical thinking.

Who is Jared Diamond?

What does Collapse: How Societies Choose to Fail or Survive Say?

Why does Collapse: How Societies Choose to Fail or Survive Matter?

An Analysis of Jared M. Diamond's Collapse: How Societies Choose to Fail or Survive