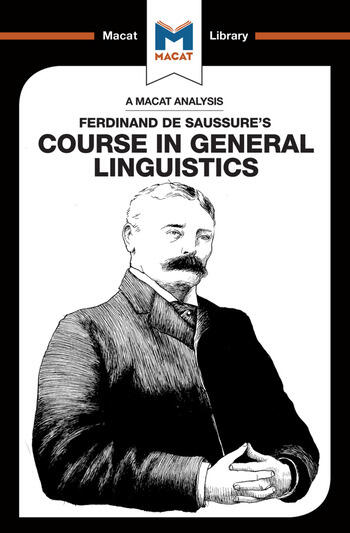 An Analysis of Ferdinand de Saussure's Course in General Linguistics

Ferdinand de Saussure’s Course in General Linguistics is one of the most influential texts of the 20th-century – an astonishing feat for what is, at heart, a series of deeply technical lectures about the structure of human languages.

What the Course’s vast influence shows, fundamentally, is the power of good interpretative skills. The interpretative tasks of laying down and clarifying definitions are often vital to providing the logical framework for all kinds of critical thinking – whether it be solving problems in business, or esoteric academic research. At the time sat which Saussure gave his lectures, linguistics was a scattered and inconsistent field, without a unified method or rigorous approach. He aimed to change that by setting down and clarifying definitions and distinctions that would provide a coherent methodological framework for the study of language.

The terms laid down in the Course did exactly that – and they still make up the core of linguistic terminology a full century later. More than this, however, Saussure also highlighted the centrality of linguistic interpretation to understanding how we relate to the world, founding “semiotics”, or the study of signs – a field whose influence on academics across the humanities and social sciences is unparalleled.

Who was Ferdinand de Saussure?

What does Course in General Linguistics Say?

Why does Course in General Linguistics Matter?

An Analysis of Ferdinand de Saussure's Course in General Linguistics