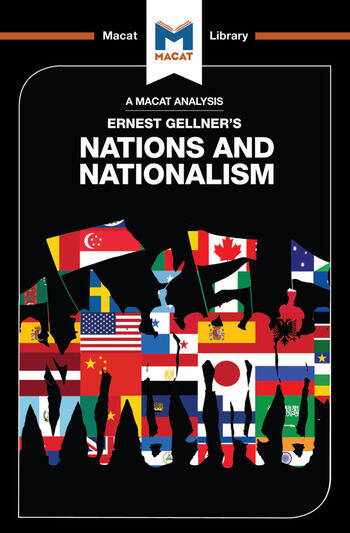 An Analysis of Ernest Gellner's Nations and Nationalism

To the dismay of many commentators – who had hoped the world was evolving into a more tolerant and multicultural community of nations united under the umbrellas of supranational movements like the European Union – the nationalism that was such a potent force in the history of the 20th-century has made a comeback in recent years. Now, more than ever, it seems important to understand what it is, how it works, and why it is so attractive to so many people.

A fine place to start any such exploration is with Ernest Gellner's seminal Nations and Nationalism, a ground-breaking study that was the first to flesh out the counter-intuitive – but enormously influential – thesis that modern nationalism has little if anything in common with old-fashioned patriotism or loyalty to one's homeland. Gellner's intensely creative thesis is that the nationalism we know today is actually the product of the 19th-century industrial revolution, which radically reshaped ancient communities, encouraging emigration to cities at the same time as it improved literacy rates and introduced mass education. Gellner connected these three elements in an entirely new way, contrasting developments to the structures of pre-industrial agrarian economies to show why the new nationalism could not have been born in such communities. He was also successful in generating a typology of nationalisms in an attempt to explain why some forms flourished while others fizzled out. His remarkable ability to produce novel explanations for existing evidence marks out Nations and Nationalism as one of the most radical, stimulating – and enduringly influential – works of its day.

Who was Ernest Gellner?

What does Nations and Nationlism Say?

Why does Nations and Nationlism Matter?

Dr Dale Stahl holds a doctorate in History from Columbia University. He currently teaches in the College of Liberal Arts and Sciences at the University of Denver, Colorado.

An Analysis of Ernest Gellner's Nations and Nationalism