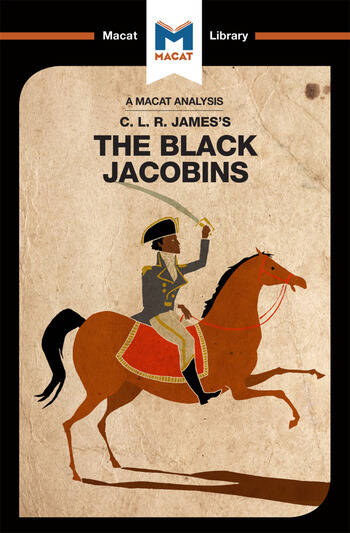 An Analysis of C.L.R. James's The Black Jacobins

Today we take it for granted that history is much more than the story of great men and the elites from which they spring. Other forms of history – the histories of gender, class, rebellion and nonconformity – add much-needed context and color to our understanding of the past. But this has not always been so. In CLR James’s The Black Jacobins, we have one of the earliest, and most defining, examples of how ‘history from below’ ought to be written.

James's approach is based on his need to resolve two central problems: to understand why the Haitian slave revolt was the only example of a successful slave rebellion in history, and also to grasp the ways in which its history was intertwined with the history of the French Revolution. The book's originality, and its value, rests on its author's ability to ask and answer productive questions of this sort, and in the creativity with which he proved able to generate new hypotheses as a result. As any enduring work of history must be, The Black Jacobins is rooted in sound archival research – but its true greatness lies in the originality of James's approach.

What does The Black Jacobins: Toussaint L'Ouverture and the San Domingo Revolution Say?

Why does The Black Jacobins: Toussaint L'Ouverture and the San Domingo Revolution Matter?

Nick Broten was educated at the California Institute of Technology and the London School of Economics. He is doing postgraduate work at the Pardee RAND Graduate School and works as an assistant policy analyst at RAND. His current policy interests include designing distribution methods for end-of-life care, closing labour market skill gaps, and understanding biases in risk-taking by venture capitalists.

An Analysis of C.L.R. James's The Black Jacobins