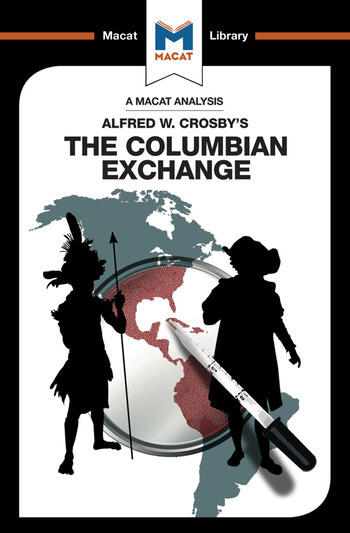 An Analysis of Alfred W. Crosby's The Columbian Exchange: Biological and Cultural Consequences of 1492

One criticism of history is that historians all too often study it in isolation, failing to take advantage of models and evidence from scholars in other disciplines. This is not a charge that can be laid at the door of Alfred Crosby. His book The Columbian Exchange not only incorporates the results of wide reading in the hard sciences, anthropology and geography, but also stands as one of the foundation stones of the study of environmental history.

In this sense, Crosby's defining work is undoubtedly a fine example of the critical thinking skill of creativity; it comes up with new connections that explain the European success in colonizing the New World more as the product of biological catastrophe (in the shape of the introduction of new diseases) than of the actions of men, and posits that the most important consequences were not political – the establishment of new empires – but cultural and culinary; the population of China tripled, for example, as the result of the introduction of new world crops. Few new hypotheses have proved as stimulating or influential.

Who was Alfred W. Crosby?

What does The Columbian Exchange: Biological and Cultural Consequences of 1492 Say?

Why does The Columbian Exchange: Biological and Cultural Consequences of 1492 Matter?

Dr Joshua Specht completed his PhD in History at Harvard in 2014, working on the Environmental History of the cattle trade in nineteenth-century America. He is currently a lecturer in History at Monash University.

Etienne Stockland is researching a PhD in Environmental History at Columbia University.

An Analysis of Alfred W. Crosby's The Columbian Exchange: Biological and Cultural Consequences of 1492