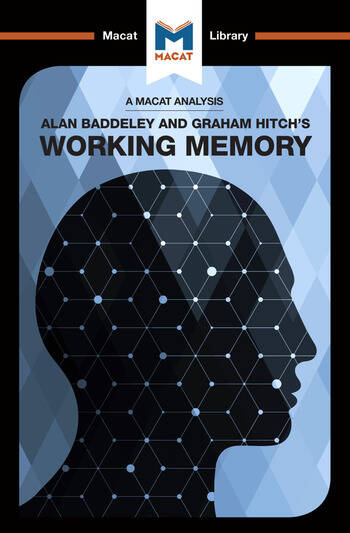 The work of memory researchers Alan Baddeley and Graham Hitch is a prime example of the ways in which good critical thinkers approach questions and the problems they raise.

In the 1960s, researchers into human memory began to understand memory as comprising not one, but two systems. The first was a short-term system handling information for mere seconds. The second was a long-term system capable of managing information indefinitely. They also discovered, however, that short-term memory was not simply a ‘filing cabinet,’ as many had thought, but was actively working on cognitive – or mental – tasks. This is how the phrase “working memory” developed. The hypothesis remained unproven, however, presenting Baddeley and Hitch with the problem of working out how to produce definitive evidence that short term memory was a working system that actively manipulated and processed information.

They responded by designing a series of ten experiments aimed at showing just this – presenting the results in their 1974 article, ‘Working memory.’ The research was a masterpiece of problem-solving that proved revelatory. The authors not only generated new solutions and made sound decisions between alternative possibilities – they also showed that short-term memory is indeed an active system responsible for information processing and managing, while also influencing attention, reasoning, reading comprehension and learning.

While their work has since been refined by others, Baddeley and Hitch’s problem-solving approach helped to create the dominant understanding of working memory that underpins psychological research throughout the world today.

Who were Alan Baddeley and Graham Hitch?

What does Working Memory Say?

Why does Working Memory Matter?

Dr Birgit Koopmann-Holm holds a doctorate in Psychology from Stanford University. She currently teaches in the Department of Psychology at Santa Clara University, California.