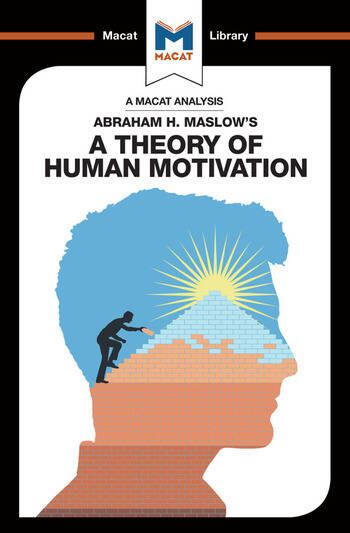 An Analysis of Abraham H. Maslow's A Theory of Human Motivation

US psychologist Abraham H. Maslow’s A Theory of Human Motivation is a classic of psychological research that helped change the field for good. Like many field-changing thinkers, Maslow was not just a talented researcher, he was also a creative thinker – able to see things from a new perspective and show them in a different light.

At a time when psychology was dominated by two major schools of thought, Maslow was able to forge a new, third paradigm, that remains influential today. Sigmund Freud’s psychoanalysis had developed the idea of understanding the mind through dialogue between patient and analyst. The behaviorism of Ivan Pavlov and John Watson had focused on comprehending the mind through behaviors that could be measured, trained, and changed. Maslow, however, generated new ideas, forging what he called “positive” or “humanistic psychology”. His argument was that humans are psychologically motivated by a series of hierarchical needs, starting with the most essential first.

Maslow thought it important for the advancement of psychology to identify, group and rank these needs in terms of priority. His belief in the value of this third way was important in leading those who studied psychology to redefine the discipline, and so see it in new ways.

Who was Abraham H. Maslow?

What does A Theory of Human Motivation Say?

Why does A Theory of Human Motivation  Matter?

An Analysis of Abraham H. Maslow's A Theory of Human Motivation