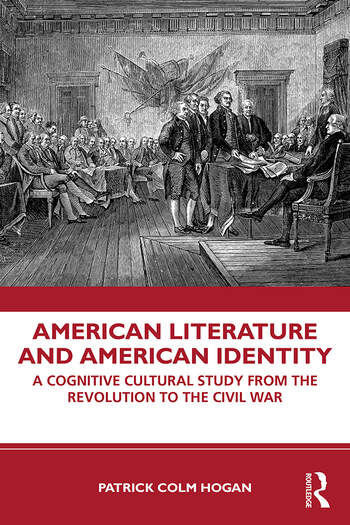 American Literature and American Identity: A Cognitive Cultural Study From the Revolution Through the Civil War

American Literature and American Identity addresses the crucial issue of identity formation, especially national identity, in influential works of American literature. Patrick Colm Hogan uses techniques of cognitive and affective science to examine the complex and often highly ambivalent treatment of American identity in works by Melville, Cooper, Sedgwick, Apess, Stowe, Jacobs, Douglass, Hawthorne, Poe, and Judith Sargeant Murray. Hogan focuses on the issue of how authors imagined American identity—specifically, as universal, democratic egalitarianism—in the face of the nation’s clear and often brutal inequalities of race and sex. In the course of this study, Hogan advances our understanding of nationalism in general, American identity in particular, and the widely read literary works he examines.

Introduction: The Complex Ambivalence of Being Us  1. What is Identity? And What is American?  2. The Last of the Mohicans: Senility and Love in a New Nation  3. Hope Leslie: Critique, Defiance, and Ambivalence  4. William Apess: A Native American Writes Back  5. Uncle Tom’s Cabin: The Childhood Model and Delegitimating U.S. Nationalism  6. Harriet Jacobs, Women’s Friendship, and Anti-Nationalism  7. Frederick Douglass, Manhood, and the Lost Home  8. The Scarlet Letter: Sexuality, Sin, and Spiritual Realization  9. Poe’s "The Black Cat": An Allegory of Misogyny  10. Judith Sargent Murray on Women’s Virtue and the Equality of the Sexes  11. Moby Dick: Interracial Romance Beyond the Nation  Afterword: In Place of a Premature Conclusion

Patrick Colm Hogan is a Board of Trustees Distinguished Professor in the Department of English and the Program in Cognitive Science at the University of Connecticut, USA.

American Literature and American Identity: A Cognitive Cultural Study From the Revolution Through the Civil War