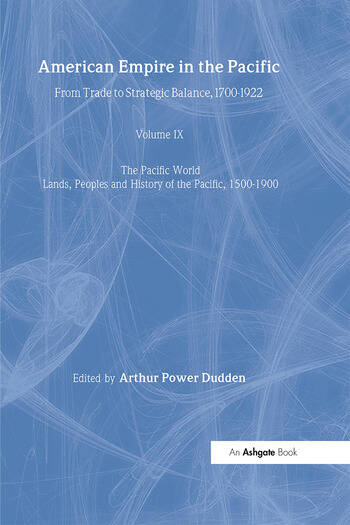 American Empire in the Pacific: From Trade to Strategic Balance, 1700-1922

American Empire in the Pacific explores the empire that emerged from the Oregon Treaty of 1846 with Great Britain and the outcome of the Mexican War in 1848. Together, they signalled the mastery of the United States over the continent of North America; the Pacific Ocean and the ancient civilizations of Asia at last lay within reach. England's East India Company in the 17th and 18th centuries had introduced Asian wares including tea to the American colonists, but wars against France and then the struggle for American independence held back expansion by Yankee entrepreneurs until 1783. Thereafter, from the Atlantic seaboard, American ships began regularly to reach China. Merchants, sailors and missionaries, motivated toward trade and redemption like the Europeans they met along the way, encountered the exotic peoples and cultures of the Pacific. Would-be empire builders projected a manifest destiny without limits. Russian Alaska, the native kingdom of Hawai'i, Japan, Korea, Samoa, and Spain's Philippine Islands, as well as a transcontinental railroad and an isthmian canal, acquired strategic significance in American minds, in time to outweigh both commerce and conversion.

American Empire in the Pacific: From Trade to Strategic Balance, 1700-1922