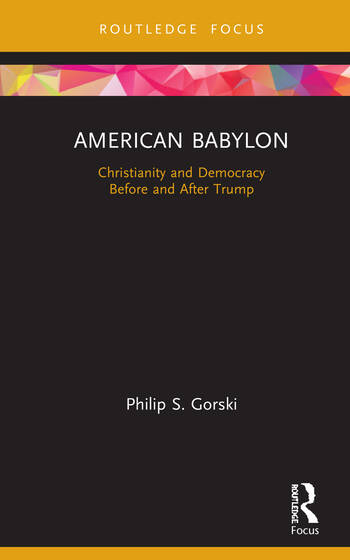 American Babylon: Christianity and Democracy Before and After Trump

Why did 81% of white evangelicals vote for Donald Trump in 2016? And what does this tell us about the relationship between Christianity and democracy in the United States? American Babylon places our present political moment against a deep historical backdrop.

In Part I the author traces the development of democratic institutions from Ancient Greece through to the American Revolution and of Christian political theology from Augustine to Falwell. Part II charts the decline of democratic governance within American churches; explains the capture of evangelical Christianity by the Republican Party; and denounces the fateful embrace between white Christian nationalists and right-wing populists that culminated in Trump’s victory.

An accessible and timely book, American Babylon is essential reading for those concerned with the vexed relationship of religion and politics in the United States, including students and scholars in the fields of divinity, history, political science, religious studies, and sociology.

PART I: Elective Affinities: Christianity and Democracy in Western History

Philip S. Gorski is Professor of Sociology and Religious Studies at Yale University, USA. He writes on religion and politics in the USA and Europe. Recent books include American Covenant (2019).

American Babylon: Christianity and Democracy Before and After Trump