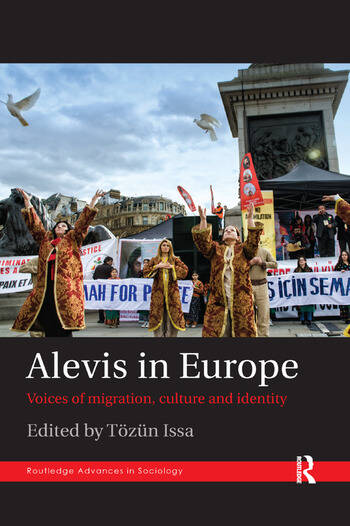 Alevis in Europe: Voices of Migration, Culture and Identity

The Alevis are a significant minority in Turkey, and now also in the countries of Western Europe. Over the past century, many of them have migrated from rural enclaves on the Anatolian plateau to the great cities of Istanbul and Ankara, and from there to the countries of the European Union. This book asks who are they? How do they construct their identities – now and in the past; in Turkey and in Europe?

A range of scholars, writing from sociological, historical, socio-psychological and political perspectives, present analysis and research that shows the Alevi communities grouping and regrouping, defining and redefining – sometimes as an ethnic minority, sometimes as religious groups, sometimes around a political philosophy - contingently responding to circumstances of the Turkish Republic’s political position and to the immigration policies of Western Europe. Contributors consider Alevi roots and cultural practices in their villages of origin; the changes in identity following the migration to the gecekondu shanty towns surrounding the cities of Turkey; the changes consequent on their second diaspora to Germany, the UK, Sweden and other European countries; and the implications of European citizenship for their identity.

This collection offers a new and significant contribution to the study of migration and minorities in the wider European context.

3. The Alevi of Dersim: A Psychosocial Approach to the Effects of the Massacre, Time and Space (Filiz Çelik)

Part 2: The Politics of Identity in Transformation

5. Urbanisation, Socialist Movements and the Emergence of Alevi Identity in the 1970s (Burcu Şentürk)

6. A Genealogy of Modern Alevism, 1950-2000: Elements of Continuity and Discontinuity (Riza Yildirim)

8. Migration and the Invention of Tradition: A Socio- Political Perspective on Euro-Alevis (Metin Uçar)

9. The Resurgence of Alevism in a Transnational Context (Deniz Coşan-Eke)

10. Kırmančiya Belekê: Understanding Alevi Geography in between Spaces of Longing and Belonging (Besim Can Zirh)

11. Boundary Making and the Alevi Community in Britain (Ayşegül Akdemir)

Tözün Issa was a senior lecturer and the Director of Centre for Multilingualism in Education at London Metropolitan University. He worked as a course tutor in teacher training programme for bilingual teachers and lectured on inclusive education and minority rights. His research interests included bilingual education and the education of the linguistic minority communities and he coordinated a number of research projects and organised conferences. He also coordinated several community education programmes, particularly around Supplementary Schools in the UK, and wrote extensively on this. His most recent book, co-authored with Alison Hatt, was Language, Culture and Identity in the Early Years (2013).

Alevis in Europe: Voices of Migration, Culture and Identity