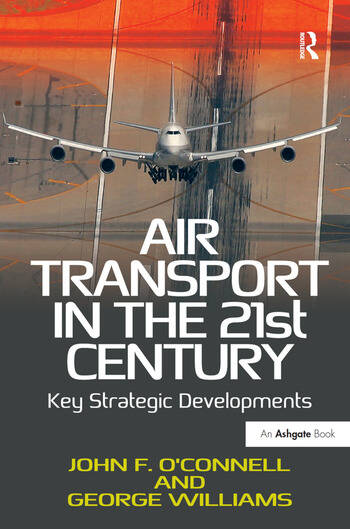 Airlines are buffeted by fluctuating political and economic landscapes, ever-changing competition, technology developments, globalization, increasing deregulation and evolving customer requirements. As a consequence all sectors of the air transport industry are in a constant state of flux. The principle aim of this book is to review current trends in the airline industry and its related suppliers, thereby providing an insight into the forces that are changing its dynamics. The factors that are reshaping the structure of the industry are examined with a view to identifying the key issues whose impact will be critical in the future. The book features two very distinct sections. The first contains short contributions from industry executives at CEO/VP level from airlines, aircraft/engine manufacturers, safety and navigational provider organisations, who have set out their take of where the airline industry is heading. This commercial input sets the scene for the book and provides the bridge to the second section, which is composed of 18 chapters written by distinguished academic authors. Each chapter presents a valuable insight into a specific area of the air transport industry, including: airlines, airports, cargo, deregulation, the environment, navigation, strategy, information technology, security and tourism. The shared objective of the authors is to describe and explain the core competencies that are determining the current shape of the industry and to examine the forces that will change its direction going forward. The book is written in a management style and will appeal to all levels of personnel who work for airlines across the world. It is also written for airport authorities, aerospace manufacturers, regulatory and government transportation agencies, researchers and students of aviation management, transport studies, tourism and the wider air transport industry.

John F. O'Connell (Frankie) is currently an airline lecturer in the department of Air Transport at Cranfield University. He comes from Co. Cork in Ireland and completed an MSc in Air Transport Management from Cranfield University and an MBA (Aviation) from Embry-Riddle Aeronautical University, later returning to Cranfield to complete a PhD on airline management. He is also a certified IATA instructor and holds a pilot's licence. Previously, Frankie worked for the Boeing commercial aircraft company as an analyst for a number of years and then for Embry-Riddle Aeronautical University (extended campus in California) as an airline lecturer for a further five years. While at Embry-Riddle, he regularly lectured at the NASA Ames research facility at Moffett Field. He has spent a large chunk of his time down through the years travelling to the world's airlines on behalf of IATA, the Arab Air Carriers Organization and Cranfield University in both an advisory and training capacity on areas such as strategy, management, marketing, cost reduction, distribution and low cost carrier operations. Dr George Williams was, until September 2009, Reader in Airline Economics at the Department of Air Transport, Cranfield University. He continues to lecture and research in the fields of Air Transport Economics and Regulation. George graduated with a BSc in Economics from City University in 1971, an MA in Transport Economics from Leeds University in 1972 and a PhD from Cranfield University in 1991. He joined the Air Transport Department at Cranfield University as a lecturer in 1995. George has extensive international lecturing experience and has written extensively exploring the impact of deregulation on the airline industry. In 1998 he was appointed Special Adviser to the UK House of Lords European Communities Committee enquiry into the Commission's proposals to extend its powers to apply existing competition provisions to air services between the EU and third countries. He has led major studies into airline service provision in Ireland, the Netherlands, Norway, Spain, Sweden and the UK on behalf of the European Commission, Government departments, regulatory authorities, airlines and airport authorities. Whilst at Cranfield, George headed the Centre for Air Transport in Remoter Regions, which organises a biennial international Forum devoted to issues concerning air transport provision in Remoter Regions, the most recent of which took place in Bergen, Norway in April 2009. He is a Fellow of the Chartered Institute of Logistics and Transport.

'The air transport industry is one of the fastest growing, economically important, yet least profitable industries in the world. Air Transport in the 21st Century: Key Strategic Developments takes the reader on a fascinating journey through some of the key strategic challenges facing the industry today. O'Connell and Williams have succeeded in bringing illumination to issues such as the regulatory constraints on doing business, the challenges of getting adequate and cost-effective infrastructure, the innovation taking place in business models and some of the latest challenges on security and environment.' Giovanni Bisignani, Director General & CEO, IATA - International Air Transport Association, Montreal - Geneva