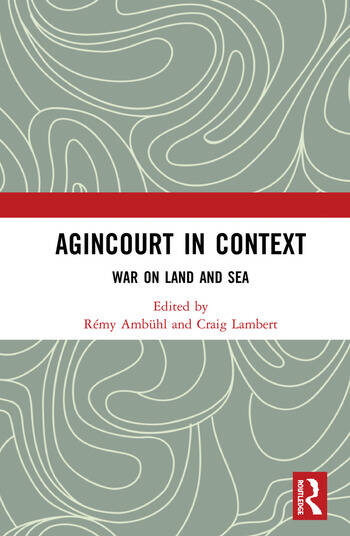 Agincourt in Context: War on Land and Sea

This book investigates the Battle of Agincourt—which continues to be of immense national and international interest—as well as the wider conduct and organisation of war in the late Middle Ages. In England, Shakespeare’s Henry V ensured that the battle holds a place in the English national consciousness, and through the centuries that followed the story of Henry’s famous victory was used to galvanise English national spirit in times of war. In France, the immediate impact of the battle was that it helped to galvanise French national awareness in response to an external enemy. This book showcases new research into Agincourt and the wider issues of military recruitment, naval logistics, gunpowder and siege warfare, and the conduct of war. It also takes a wider European perspective on the events of 1415 by including research on Portuguese military organisation at the time of Agincourt. This book was originally published as a special issue of the Journal of Medieval History.

2. Henry V and the crossing to France: reconstructing naval operations for the Agincourt campaign, 1415 Craig Lambert

3. To Agincourt and beyond! The martial affinity of Edward of Langley, second duke of York (c.1373–1415) Gary Paul Baker

4. ‘The scourge of the stones’: English gunpowder artillery at the siege of Harfleur Dan Spencer

5. Henry V and the administration of justice: the surrender of Meaux (May 1422) Rémy Ambühl

7. ‘Then a great misfortune befell them’: the laws of war on surrender and the killing of prisoners on the battlefield in the Hundred Years War Andy King

Rémy Ambühl is a Lecturer in Medieval History at the University of Southampton, UK. He has written extensively on prisoners of war in the late Middle Ages. His new interests also include the practice of surrender in the fourteenth and fifteenth century, which will be subject of his next research monograph.

is a Lecturer in Maritime History at the University of Southampton, UK. He has written a book and numerous articles on naval operations during the Hundred Years War. Recently he completed an AHRC-funded project that has produced a free to access website of c. 53,000 ship-voyages (c.1440-c.1580) (www.medievalandtudorships.org).

Agincourt in Context: War on Land and Sea