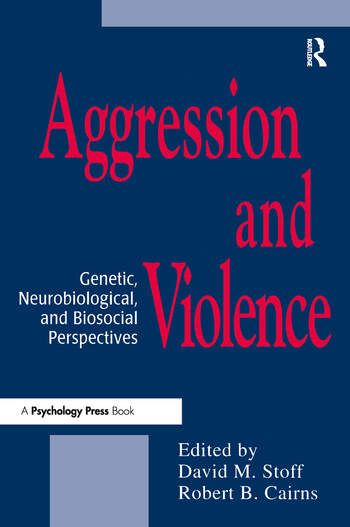 Conceived at a time when biological research on aggression and violence was drawn into controversy because of sociopolitical questions about its study, this volume provides an up-to-date account of recent biological studies performed -- mostly on humans. A group of scientists recognized the importance of freedom of inquiry and deemed it vital to address the most promising biological research in the field. The focus on biological mechanisms is not meant to imply that biological variables are paramount as a determinant of violence. Rather, biological variables operate in conjunction with other variables contributing to aggression or violence, and a complete understanding of this phenomenon requires consideration of all influences bearing on it.

Three different approaches to the biological study of human antisocial, aggressive, and violent behaviors are represented -- genetic, neurobiological, and biosocial. Representing each of these three approaches, individual chapters from investigators in psychobiology, biological psychiatry, and basic-clinical neurosciences address the most recent experimental findings, methods, theory, and common misconceptions in the biological study of aggression and violence. The areas of primary focus are behavior and molecular genetics, neurochemistry and hormones, neuroimaging, psychophysiology and developmental psychobiology. Generally speaking, investigators following these different approaches have experience in different scientific backgrounds, select different methods, generate different analyses, employ different conceptual definitions for some of the same terms, and assume a different philosophical stance in attempting to explain violence. Nevertheless, all are united in their efforts to understand the biological underpinnings of violence. This book then assumes a comprehensive approach wherein different levels of analysis and different approaches inform each other. It is clear from the studies reported that aggression and violence are multidetermined phenomena and understanding them requires an interdisciplinary approach spanning economic, sociopolitical, psychological, sociological, and criminological as well as biomedical considerations. Nature (biology) and nurture (experience, context) are fundamentally inseparable in explaining aggression and violence; biology may affect experience or context, but experience or context also influences biology. Both need to be studied in a search for explanations of this phenomena.